Interview with Faith L. Justice about the New York Chapter of HNS

April 14, 2017
I've been a member of the Historical Novel Society since 2011 and I have attended conferences both in the US and in London.  Recently, I joined the board planning the 2017 conference in Portland, Oregon.  In the run-up to the conference, I recently had the chance to talk to Faith L. Justice who is the current co-chair of the New York Chapter of HNS. Long-time readers of the blog may remember that Faith wrote a guest post a few years ago about Hypatia.

Q) Faith, thank you so much for taking the time to answer a few questions about the New York chapter of HNS.  How did the chapter come about?

According to legend (I didn’t join the local chapter until a couple of years ago) there was a Yahoo list serve that was fairly active. Around 2011, someone on the list suggested they get together in person. The first meeting was in a restaurant, the next in a public atrium. They continued to get together in semi-regular fashion with people joining and dropping out until they found a regular meeting space at the office of one of the members. Patricia Rich and Lisa Yarde took over as co-chairs and held meetings quarterly for several years. We’ve recently upped our game. More about that below.

Q) How does the chapter interact with HNS?

We were pretty much left to our own devices. Whenever Richard Lee got an inquiry about a local organization in the NYC area, he passed it on to Pat who reached out, but other than that, not much interaction at all. Several of the members are also active in the national and frequently attend the conferences. There is usually a “conference report” to the membership in the fall where those who attended talk about their experiences and what they learned in presentations. Just recently the parent HNS group reached out about cross-promoting. We’re looking forward to that.

Q) What do the meetings entail and how many meetings are there a year?

For several years the group met quarterly and talked about general interest kinds of topics. The attendance varied from ten to twenty people and a lot depended on the weather. A few blizzards and the occasional hurricane disrupted the schedule. Last year we surveyed the membership, restructured the organization, and got more people involved in leadership. Pat and Lisa presided over the transition and Lisa Yarde is still co-chair with me.

We now have an active Steering Committee that works on programming, promotion, social media, and membership outreach. This past year we met monthly from August through May with outside speakers (agents, editors, authors) at most of the meetings. Attendance is up, especially when we have outside speakers, but we still have to contend with the weather—four of our last five meetings have been during Biblical-style deluges. Our members have to be dedicated hardy folk. We usually take the summer off, but we’re looking into some local trips we might take to museums or lesser known historical sites.

Q) Is the chapter mainly a way to network with other Historical Fiction writers? Do members get together to critique each other’s work?

We’re still working on our mission but the majority of our members are writers who want to advance their careers. There is a lot of formal and informal networking going on. Programming is geared to providing information and resources to writers. We’ve had critique groups in the past and hope to have some again in the future. That said, we want to expand to readers as well. We’re going to experiment with a readers’ group this summer and see if we can make it a more permanent part of the mission.

Q) What has been the most beneficial thing for you as member of HNS?

Personally, the best thing about HNS-NYC is that it gets me out of the house. As a full-time writer, I spend way too much time alone. It’s a delight to get out, meet fellow writers, hear what they’ve been up to, mentor folks who are new to the game, learn from those who have tried something new, and just be with delightful creative people.

As to the parent organization, I’ve attended all the North American conferences but one (coincided with my daughter’s graduation). I initially went for the pitches. Now I go for the friends I’ve met along the way—and the great content, of course! So here’s my shameless plug for a presentation I’m giving in Portland in June with Mary Ann Trail—join us for “HOW FAR CAN A HORSE WALK IN A DAY and Other Questions of Accurate Historical Travel” If you can’t make it to the workshop, button-hole me at a meal or mixer and we’ll talk research—my favorite topic!

Thanks, Elizabeth, for allowing me to represent our chapter HNS-New York City in the run up to the North American conference. Anyone who wants more information can contact me at HNS-NYC@gmail.com 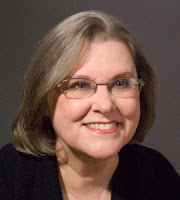 Faith L. Justice writes award-winning fiction and articles in Brooklyn, NY. Her novels and short story collections are available at all the usual places. You can sample her work, follow her blog, or ask a question at www.faithljustice.com. For fun, Faith likes to play in the dirt—her garden or an archaeological dig.