Showing posts from April, 2018
Show all

April Book of the Month - Ecstasy by Mary Sharratt 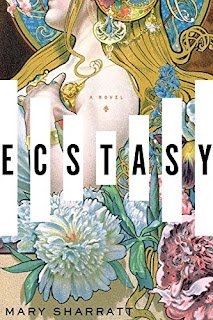 Title:   Ecstasy:   A Novel Author:   Mary Sharratt Publisher:   Houghton Mifflin Harcourt (April 10, 2018) How acquired:   Edelweiss What’s it about? In the glittering hotbed of turn-of-the-twentieth-century Vienna, one woman’s life would define and defy an era Gustav Klimt gave Alma her first kiss. Gustav Mahler fell in love with her at first sight and proposed only a few weeks later. Bauhaus founder Walter Gropius abandoned all reason to pursue her. Poet and novelist Franz Werfel described her as “one of the very few magical women that exist.” But who was this woman who brought these most eminent of men to their knees? Coming of age in the midst of a creative and cultural whirlwind, young, beautiful Alma Schindler yearns to make her mark as a composer. A brand-new era of possibility for women is dawning and she is determined to make the most of it. But Alma loses her heart to the great composer Gustav Mahler, nearly twenty years her senior. He demands that sh
Post a Comment
Read more
More posts