Showing posts from July, 2011
Show all 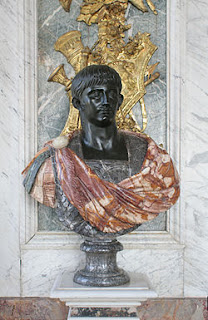 Welcome to the Bachelor – Ancient Rome. I’m your host Crispianus Harrisonius. Our Bachelor this season is Tiberius Claudius Caesar Augustus Germanicus, known to his friends and family as Claudius. He’s also the 4th Emperor of the Roman Empire who has overcome numerous obstacles in his life, including a debilitating disease, a speech impediment and murderous relatives. He is newly widowed with six children. His wife Messalina was recently executed, I mean died suddenly. She literally lost her head you could say! Although Claudius told his Praetorian Guard that they should kill him if he married again, the death of an Empress leaves an opening that needs to be filled. Despite his recent tragedy, our.62 year old bachelor is ready to find love again. Our first bachelorette Aelia Paetina, is the ex-wife of the Emperor, and mother to his daughter Claudia Antonia. Her good qualities include the fact that she is harmless and would be a good step-mother to his two youngest children. Our seco
2 comments
Read more

Belle Boyd: Siren of the Shenandoah 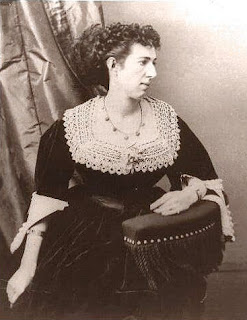 She was called the ‘Siren of the Shenandoah’ and the ‘Joan of Arc of the South,’ by her beloved Confederacy. To the North, she was ‘The Most Overrated Spy,’ and ‘The Camp Follower.’ The French called La Belle Rebelle. By the time of her 18th birthday, Belle Boyd had pulled a pistol on a Union soldier who had threatened her mother (he died but to everyone’s surprise, Belle got off), used her feminine wiles to find out information on Union troop movements which she passed along to Stonewall Jackson and been arrested and imprisoned as a Confederate spy who fell in love with her captor. Maria Isabella Boyd was born in 1844, the oldest of three surviving children. Her father managed a small tobacco farm and country store in the town of Martinsburg, Virginia (now West Virginia). In her memoirs, she wrote that she came from a tightly knit family who were responsible and protective of one another. Headstrong and charming, she managed to get her own way most of the time. “I passed my childhoo
2 comments
Read more

Title:  MY YEAR WITH ELEANOR Author:  Noelle Hancock Imprint: Ecco On Sale: 6/7/2011 Pages: 304 Price:  $24.99   After losing her high-octane job as an entertainment blogger, Noelle Hancock was lost. About to turn twenty-nine, she'd spent her career writing about celebrities' lives and had forgotten how to live her own. Unemployed and full of self-doubt, she had no idea what she wanted out of life. She feared change—in fact, she feared almost everything. Once confident and ambitious, she had become crippled by anxiety, lacking the courage required even to attend a dinner party—until inspiration struck one day in the form of a quote on a chalkboard in a coffee shop: "Do one thing every day that scares you." —Eleanor Roosevelt Painfully timid as a child, Eleanor Roosevelt dedicated herself to facing her fears, a commitment that shaped the rest of her life. With Eleanor as her guide, Noelle spends the months leading up to her thirtieth birthday pursuing a &qu
2 comments
Read more

On Page and Screen: Helen of Troy 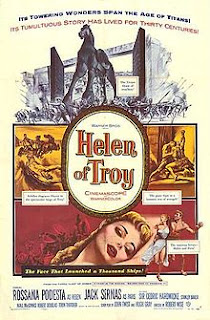 Last night, I watched Helen of Troy , a 1956 swords and sandals epic on TCM.  The film was pretty boring, but at least Helen (played by Italian actress Rosanna Podesta)  in this version, had something of a storyline. She wasn't just a pretty piece of scenery while the men do all the heavy lifting. In this film, the Greeks are all blowhards and boring, and the Trojans are all pretty boys.  Poor Cassandra runs around with a doily on her head, as she weeps that no one will listen to her. After the film was over, I realized that it's rare that Helen is the center of the story surrounding the Trojan War, despite the fact that the Greeks allegedly went to war with the Trojans over her 'kidnapping' by Paris.  In most films, we briefly see her love story with Paris, they run off together, and then film directors go to town on gory war scenes. Just think of the 2004 film Troy or as I like to call it Brad Pitt's thighs since Wolfgang Petersen spent more time lovingly film
5 comments
Read more

Book of the Month: Wanton West - Madams, Money, Murder, and the Wild Women of Montana's Frontier 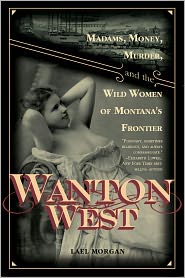 About the Book: Title:   Wanton West - Madams, Money, Murder and the Wild West Pub. Date: June 2011 Publisher: Chicago Review Press, Incorporated Format: Hardcover , 320pp About the Book: Providing new insights into women’s struggle for equality, this historical study shows the true story of the women of old Montana. With few career options available in the 19th century, many of the most independent and enterprising women turned to the world’s oldest profession for a lucrative source of income. Author Lael Morgan brings to life the lively and eccentric characters who tamed the West's wildest region from the time of the gold rush to the election of the first woman to U.S. Congress: Chicago Joe, with her addiction to handsome men and high finance; Yow Kum, an enslaved Chinese prostitute; the enterprising, successful black prostitute named Lizzie Hall; and Carmen, a "full blossomed Spanish rose who would just as soon stick a stiletto into your gizzard as stand at th
Post a Comment
Read more
More posts