Showing posts from March, 2017
Show all

Review: ENEMIES OF VERSAILLES: A Novel (The Mistresses of Versailles Trilogy) by Sally Christie 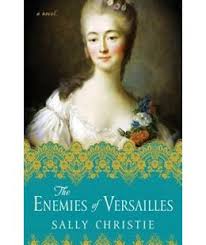 Title:   ENEMIES OF VERSAILLES: A Novel (The Mistresses of Versailles Trilogy) Author:   Sally Christie Publisher:  Atria Books (March 21, 2017) How Acquired: Net Galley/TLC Book Tours Back Cover:   In the final installment of Sally Christie’s “tantalizing” ( New York Daily News ) Mistresses of Versailles trilogy, Jeanne Becu, a woman of astounding beauty but humble birth, works her way from the grimy back streets of Paris to the palace of Versailles, where the aging King Louis XV has become a jaded and bitter old philanderer. Jeanne bursts into his life and, as the Comtesse du Barry, quickly becomes his official mistress. “That beastly bourgeois Pompadour was one thing; a common prostitute is quite another kettle of fish.” After decades of suffering the King's endless stream of Royal Favorites, the princesses of the Court have reached a breaking point. Horrified that he would bring the lowborn Comtesse du Barry into the hallowed halls of Versailles, Louis XV’s daughters, l
Post a Comment
Read more 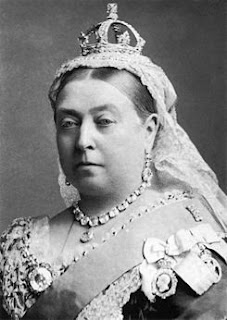 Happy March everyone! Today is also the first day of Women's History Month.  I know it has been quite a while since I've blogged and I apologize profusely. It has been hard lately juggling a job with working on my own writing as well as blogging.  And I know that I still owe recaps of the last 5 episodes of The Crown! I thought I would kick off this month by talking a little bit about Queen Elizabeth's however many times great-grandmother Queen Victoria, the 2nd longest ruling monarch in British History. This January saw the debut of a new series on PBS entitled appropriately enough VICTORIA starring Jenna Coleman as a young Queen Victoria in the first years of her reign.  Author Daisy Goodwin, who was the driving force behind the series, also wrote the novel VICTORIA which came out last fall. I had the privilege of reading an ARC of the novel thanks to Net Galley. And what a wonderful novel it was. While I enjoyed Goodwin's first novel THE AMERICAN DUCHESS, I was n
Post a Comment
Read more
More posts