Showing posts from August, 2012
Show all

The Lady in Gold: Adele Bloch-Bauer 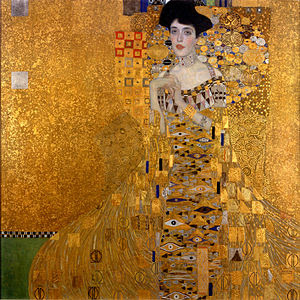 One of the wonderful things about living in New York are the museums, big and small.  The Neue Galerie on 5th Avenue is one of my favorites, particularly because of this painting. Portrait of Adele Bloch-Bauer I Neue Galerie, NY This lovely lady in gold is Adele Bloch-Bauer, painted in 1907, by this gentleman, Gustav Klimt, one of the foremost painters of fin-de-siecle Vienna. The painting was bought by Ronald Lauder for $135 million dollars in 2006 after the painting was finally released by the Austrian government to the relatives of  Adele Bloch-Bauer who fought for over 8 years to have the painting and 4 others returned to the family.  From the moment that I saw the painting in the museum, I've been curious about this beautiful woman with the rather sad eyes who was painted by one of my favorite painters.  It turns out that I'm not the only one who has long been fascinated by the subject of the painting. Lauder stated that as a young teenager of 14, he too had
3 comments
Read more

August 12, 2012
This week we have the final installment in author Deborah Hale's series on The Glamorous Gunning Sisters: The Next Generation. Lady Betty Hamilton’ s cousin, Lady Anne Coventry, did not move in such exalted circles, but she did manage to create every bit as great a scandal. Lady Anne was born in 1757, the third of Maria Gunning ’ s children by the Earl of Coventry. Like her cousin, she experienced early loss with the death of her mother when she was only three. The earl took an interest in his heir, but little in his daughters, Maria and Anne. Shuttled between the family estate, Croome, and Brighthelmstone, they were left mostly in the care of their French governess and their uncle by marriage, Gilly Williams. One person who did take an interest in the child was famed wit and eccentric George Selwyn, a friend of Williams who had also been admirer of Anne ’ s mother. Selwyn ’ s interest in “Nanny, ” as he called her , was described by contemporaries as singular (an 18
2 comments
Read more

August Book of the Month - Marilyn: The Passion and The Paradox 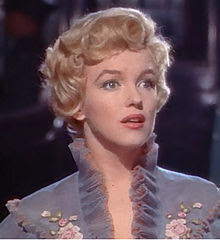 Marilyn Monroe in The Prince and The Showgirl﻿ Today marks the 50th anniversary of the death of Marilyn Monroe. I hope that Marilyn is looking down to see just how much of an impact her life and career has had on the world.  From the iconic Warhol portrait to Sir Elton John's song "Candle in the Wind" it feels as if Marilyn is somehow still alive. She's inspired everyone from Madonna to Mariah Carey to Lady Gaga. In fact, one could say that Madonna owes her entire career to Marilyn Monroe.  Mariah Carey owns Marilyn's white piano and Lindsay Lohan recreated her last photo shoot for New York Magazine.  In the past year alone we've had Michelle William's Oscar nominated performance in My Week with Marilyn (an accolade that eluded Marilyn throughout her career) and Katherine McPhee and Megan Hilty duking it out to play Marilyn on the TV series SMASH. Conspiracy theories abound about Marilyn's death, particularly after the revelations of her relat
3 comments
Read more
More posts