May 23, 2016
Scandalous Women is pleased to welcome author Mary Sharratt to the blog today to talk about Aemilia Bassano Lanier, the heroine of her new novel The Dark Lady's Mask, 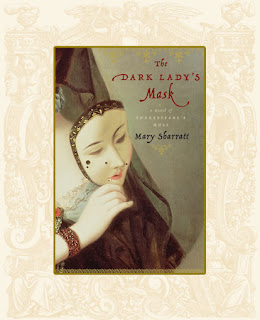 Born in 1569, Aemilia Bassano Lanier (also spelled Lanyer) was the highly cultured daughter of an Italian court musician—a man thought to have been a Marrano, a secret Jew living under the guise of a Christian convert.

After her father’s death, seven-year-old Aemilia was fostered by Susan Bertie, the Dowager Countess of Kent, who gave her young charge the kind of humanist education generally reserved for boys in that era. Later, after Bertie remarried and moved to the Netherlands, Aemilia became the mistress of Henry Carey, Lord Chamberlain to Queen Elizabeth. As Carey’s paramour, Aemilia Bassano enjoyed a few years of glory in the royal court—an idyll that came to an abrupt and inglorious end when she found herself pregnant with Carey’s child. She was then shunted off into an unhappy arranged marriage with Alfonso Lanier, a court musician and scheming adventurer who wasted her money. So began her long decline into obscurity and genteel poverty, yet she triumphed to become a ground-breaking woman of letters.

Aemilia Bassano Lanier was the first English woman to aspire to a career as a professional poet by actively seeking a circle of eminent female patrons to support her. She praises these women in the dedicatory verses to her epic poem, Salve Deus Rex Judaeorum, a vindication of the rights of women couched in religious verse and published in 1611.

But was Lanier also the mysterious Dark Lady of Shakespeare’s sonnets, as the late A. L. Rowse famously proclaimed? 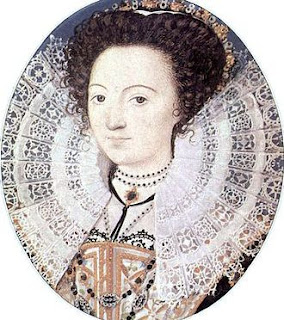 Is this Aemilia Bassano Lanier? Miniature by Nicholas Hilliard.

Shakespeare’s Dark Lady Sonnet Sequence (sonnets 127-152) describes a woman with an “exotic” dark beauty that sets her apart from the pale English roses. Musically gifted, she plays the virginals like a virtuosa, winning the poet’s heart. She is also of tarnished reputation—a woman of bastard birth and a married woman who lures the likewise married Shakespeare into a shameful, doubly-adulterous affair. Alas, the lady proves capricious and unfaithful, and the bitter end of their affair leaves her poet-lover roiling with disgust. Shakespeare describes her as “my female evil.” 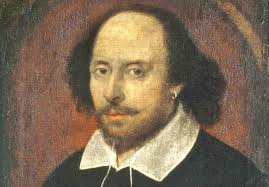 Over the centuries Shakespearean scholars have tried to deduce the Dark Lady’s identity. Candidates include Lucy Morgan, a London brothel owner of African ancestry; and Sara Fitton, lady-in-waiting to Elizabeth I.

Aemilia Bassano Lanier herself seems to fit the bill. A woman of Italian-Jewish heritage, it’s plausible that she had raven-black hair and an olive complexion. Her parents’ common-law marriage meant that she was officially classed as a bastard. The illegitimate son she had with the Lord Chamberlain did nothing to shore up her reputation. As a court musician’s daughter and later another court musician’s unwilling wife, it’s likely that she was musically accomplished and a deft hand at the virginals. After being jilted by the Lord Chamberlain and thrust into a forced marriage with a man she detested, she may well have been tempted to look for love elsewhere. The Lord Chamberlain, interestingly enough, was also Shakespeare’s patron, the money behind his theatre company, Lord Chamberlain’s Men.

However, none of this proves that Lanier was the Dark Lady, or even that there was a Dark Lady. Academic scholars will point out that we don’t even know if Shakespeare’s sonnets were autobiographical. Lanier scholars in particular find the Dark Lady question an unwelcome detraction from Lanier’s own considerable literary achievements.

Having established these facts, I must confess that as a novelist I could not resist the allure of the Dark Lady myth. As Kate Chedgzoy points out in her essay “Remembering Aemilia Lanyer” in the Journal of the Northern Renaissance, this myth endures because it draws on “our continuing cultural investment in a fantasy of a female Shakespeare.”

My intention was to write a novel that married the playful comedy of Marc Norman and Tom Stoppard’s Shakespeare in Love to the unflinching feminism of Virginia Woolf’s meditations on Shakespeare’s sister in A Room of One’s Own. How many more obstacles would an educated and gifted Renaissance woman poet face compared with her ambitious male counterpart?

In The Dark Lady’s Mask, I explore what happens when a struggling young Shakespeare meets a struggling young woman poet of equal genius and passion. If Lanier and Shakespeare were lovers, would this explain how Shakespeare made the leap from his history plays to his Italian comedies and romances—the turning point of his career? Lanier, after all, was an Anglo-Italian trapped in a miserable arranged marriage. The names Aemilia, Emilia, Emelia, and Bassanio all appear in Shakespeare’s plays. His Italian comedies are set in Veneto, Lanier’s ancestral homeland. What if Shakespeare’s early comedies were the fruit of an active collaboration between him and Lanier?

I find it fascinating how the strong, outspoken women of Shakespeare’s early Italian comedies, such as the crossdressing Rosalind in As You Like It and the spirited Beatrice in Much Ado About Nothing, gave way to much weaker heroines and misogynistic portraits of women in Shakespeare’s great tragedies, such as frail, mad Ophelia in Hamlet. This change in tack leads me to wonder if the historical Shakespeare actually did have a bittersweet affair with a mysterious, unknown woman that cast a shadow over his later life and work.

Most intriguingly, Lanier’s own proto-feminist Salve Deus Rex Judaeorum was published in the wake of Shakespeare’s sonnets bitterly mocking his Dark Lady. If she and Shakespeare were estranged lovers, was this her spirited riposte to his defamation of her character? Did the woman Shakespeare maligned as his “female evil” pick up her pen in her own defense and in defense of all women?

These two poets had such radically different character arcs. We all know about Shakespeare’s rise to the glory that would enshrine him as an enduring cultural icon. But there was no meteoric rise for Lanier. Though she eventually triumphed to become a published poet, she died in obscurity and has only recently been rediscovered by scholars.

In my novel I wanted to redress the balance by writing Aemilia Bassano Lanier back into history. Her life and work stand in direct opposition to Virginia Woolf’s pronouncement in “A Room of One’s Own” that “it would have been . . . completely and entirely impossible, for any woman to have written the plays of Shakespeare in the age of Shakespeare.” Although Lanier may not have been a playwright, her achievement as a poet speaks for itself. Whether or not she was Shakespeare’s Dark Lady, muse, lover, or collaborator, she has certainly earned her place in history as Shakespeare’s peer.

Unknown said…
I've loved your blog for years, but it was so interesting to see this because I'm related to her through the Laniers. Never heard of her, but what an amazing lady.
May 25, 2016 at 8:59 PM