The Mystery of Princess Louise: A Review 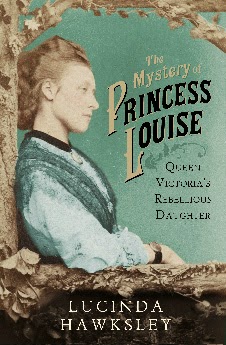 I've been an incredibly bad blogger lately and for that I must apologize.  Since 2011, when Scandalous Women was published, I've been working on and submitting proposals to my agent for a follow-up book, which unfortunately has yet to happen. I'm also working on some fiction projects which is also taking up the time that I spent doing research. So that's where my mindset has been over the past two years.  My goal for 2015 is to try and blog more often, at least two or three times a month. It will probably be a mix of reviews as well as new content. At least that's the plan.

One of my Christmas presents to myself this year, besides the DVD of Season Five of Downton Abbey, was Lucinda Hawksley's biography of Queen Victoria's daughter Princess Louise (1848-1939). The book was in all the English newspapers last year when I was in England because of Hawksley's belief that Princess Louise might have had a child with her brother's tutor while she was unwed.  This apparently isn't a new claim, there were rumors during Princess Louise's lifetime about her marriage and her relationships with the artists whose company she preferred including the sculptor Joseph Edgar Boehm. 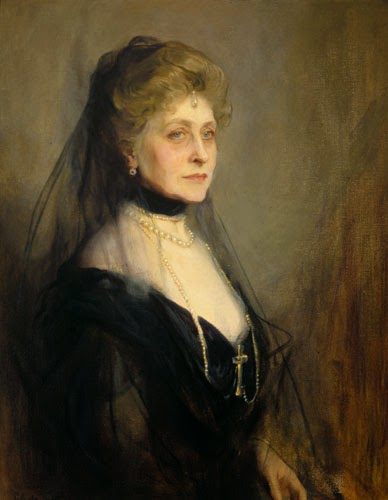 I enjoyed Hawksley's earlier biography of Lizzie Siddal, who I have to admit, I'm a little obsessed with. But then I've always found the Pre-Raphaelites fascinating, and their art appeals to be more than even the Impressionists. So I waited until the book was available in paperback and snapped it up on Amazon.co.uk.  Unfortunately the book doesn't quite live up to its hype.  Hawksley freely admits that she was unable to see any material on Princess Louise from the Royal Archives nor was she able to see any material available on Louise's husband, the future 9th Duke of Argyll. This puts any biographer at a disadvantage. The impression given is that there are secrets hidden in those archives that people want to stay hidden. So apart from what can be documented, Louise's time in Canada, all her charitable works, everything else is speculation.

Hawksley writes that Bertie believed that Louise was just as highly sexed as he was, and that may be true, but unless a biographer is actually able to get into the archives, we will never know for sure.  A previous biographer, Jehanne Wake, believes that while Princess Louise may have indulged in flirtations with Arthur Bigge, the Queen's assistant private secretary as well as with Princess Beatrice's husband, Prince Henry of Battenberg, they were chaste.  According to the notorious rake, Wilfred Scawen Blunt, Louise was not as chaste as Wake and Elizabeth Longford, another biographer, would prefer the world to believe.  Personally, I believe that Louise probably did have affairs, and probably learned how to prevent pregnancy from some of her bohemian friends. I'm on the fence about the illegitimate baby. Royal historian Carolyn Harris says no way in her review of the book. Unless one of Henry Locock's descendants is able to get the royal family to take a DNA test, which will never happen, we will never know the truth.

Princess Louise certainly was rebellious, that I will agree with.  She had an incredibly strong personality, and was not afraid to butt heads with her mother. Truthfully, the more I read about Queen Victoria, the less I like the woman.  She treated most of her other children with disdain apart from her eldest Vicky and the baby of the family, Beatrice, the only one of her children who she showed any affection to when they were little. The way that she treated Bertie was absolutely shameful. And she certainly tried her damnedest to repress Louise. Thank god, she didn't. Louise was not only the prettiest of Queen Victoria's children, she was also a talented artist. Louise's chosen medium was sculpture, although she also painted as well. In the 19th century, sculpture was considered a man's medium, it involved a lot of heavy lifting, dealing with materials such as marble and clay, messy business, not at all feminine and ladylike.

Louise also refused to marry a foreign Prince, she had no desire to spend her life abroad, ruling some small principality or kingdom.  Apparently The Princess of Wales wanted Louise to marry her brother, Crown Prince Frederick, but there were no sparks. Instead, Louise preferred to marry a British aristocrat. Her marriage to John, the Marquess of Lorne in 1871 when she was 23, was the first marriage of a royal Princess to a commoner since Princess Mary married Charles Brandon, the Duke of Suffolk in 1515.  The Duke of York (the future James II) had married Anne Hyde in 1660 and George III's brother, the Duke of Gloucester had married Maria Walpole (who was born illegitimate) in 1766, a marriage that led to the passing of the Royal Marriages Act of 1772.  Louise married Lorne partly because she was eager to get out of her mother's house and into an establishment of her own. Unlike the royal princes, Louise and her sisters were not allowed the same privilege of moving out of the house. Even a palace like Buckingham can be stifling when you are expected to be at your widowed mother's beck and call. As soon as Princess Helena married, Queen Victoria began to treat Louise like an unpaid secretary. 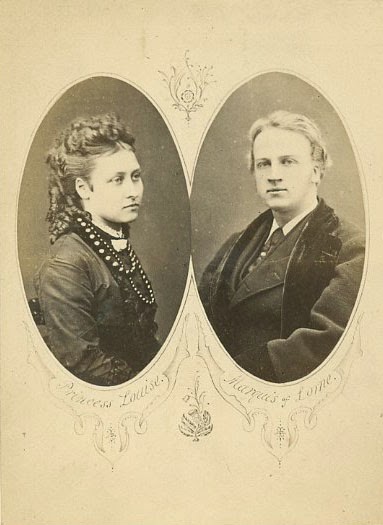 While members of Louise's family were not happy about the marriage, the press were.  Unfortunately the marriage was not happy.  There has been speculation over the years that Lorne may have been homosexual or perhaps bisexual.  He also didn't bathe very often, and was eccentric in the way that he dressed.  There were other tensions, Lorne was very aware that in England, his status was below his wife's. The couple soon started to spend as little time as possible together until they moved to Canada when he became Governor-General. Even then Louise would contrive reasons to spend time back in Britain. The couple were childless but Louise was much loved by her nieces and nephews. Even Kaiser Wilhelm II stated that Louise was his favorite Aunt. Later on in life, the couple seemed to get along much better before the Duke's death in 1914.

One of the biggest mysteries that Hawksley writes about concerns the death of Joseph Boehm. Initial reports stated that the Princess was with Boehm when he died.  That story changed later because of the implications, later reports were that Boehm had been found by someone else just as the Princess was arriving with her lady-in-waiting. Blunt states in his diaries that Boehm and the Princess were having sex when he died. The book actually comes alive when Hawksley sticks to detailing the charities that Louise was involved with, her artistic friendships, and her relationship with her adored younger brother Leopold.  Louise was close to all her brothers, but Leopold had a special place in her heart. They were best friends, and co-conspirators. She was devastated when he died at the age of 30.

Her relationships with her sisters were not quite as close.  Louise resented Beatrice because the Queen indulged and spoiled her. Beatrice resented Louise because once Louise married, Beatrice was expected to be her mother's companion for life. Hawksley is very effective at detailing the tensions of a large family who just happen to be royal. Louise lived a long life, she was 91 when she died. She lived through not only the Crimean War, the Boer War, but also WWI, and died just as WWII was starting. She seemed to embrace the changes that the new century brought much more so then some others in the royal family. One of the things that I enjoyed learning was that Prince Albert insisted that his children learn to be useful.  All the girls learned how to cook. sew and clean.  Apparently people were shocked to learn that Princess Louise was a good cook and liked it!

While the book didn't live up to my expectations, and as far as I know, doesn't contain any new revelations, I enjoyed it. I don't know if the book is going to be published in the States but it's available in paperback for about $15.00 from Amazon.co.uk.