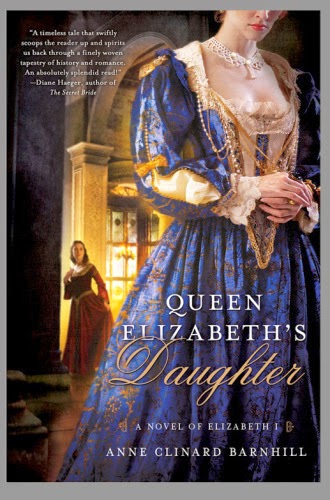 
What it’s about:  A royal ward, Mary is like a daughter to the Virgin Queen, and, like any mother, Elizabeth wants to make a fine match for her girl.  The Earl of Oxford seems to be exactly what the queen has in mind, but Mary knows him to be villainous and cruel.  Instead, she finds the charms of a lowly courtier, Sir John Skydemore, more to her liking.  But he’s poor and he’s a Catholic at a time when the Old Religion is banned.  Indeed, because of traitorous plots against Elizabeth sanctioned by the Pope himself, being a Catholic has become dangerous.  Will Mary risk the queen’s wrath and marry her love?  If so, what will become of them?


Orphaned at the age of 3, Mary has grown up at the court of Queen Elizabeth I of England. Mary is not just Elizabeth’s ward, but she is also her cousin through the Boleyns. The Queen is the closest thing to a mother that Mary has ever known but she is also her sovereign which makes for a complicated relationship. We meet Mary when she is fifteen and just blossoming as a woman. Her childhood nemesis has finally noticed her as a woman, and she experiences her first love. When Elizabeth learns that Mary is in love with a young man of little fortune, she sends him away from court. The Elizabeth that we meet in this book is just entering middle-age, experiencing the first signs of aging, and having to deal with the wandering eye of the love of her life, Robert Dudley. And then there is Mary, Queen of Scots who is a constant threat through the machinations of the Duke of Norfolk and other Catholic nobles. Feeling that her life is spinning out of control, Elizabeth tries to control the things that she can, namely the love lives of her maids of honor. This Elizabeth is not always admirable or likeable, but Barnhill does an excellent job of letting the reader into to her psyche through her talks with Blanche Parry. These sections of the book come between chapters and are narrated in the first person while the rest of the book is told in third person, mainly through the eyes of Mary Shelton.

I really liked Mary; she is hard-headed, stubborn but also loyal and intelligent. She’s not afraid to speak her mind, but she also has her sweet and vulnerable moments and at times she’s wise beyond her years. The love story between Mary and Sir John Skydemore (or Scudamore according to Wikipedia) is touching, tender and funny. I truly believed their love story. The relationship between the two grows slowly. Sir John is a widower who is twelve years Mary’s senior when the book starts. I confess that when he first expressed his interest in Mary, I had to remember that 15 was not too young to be married. There are no villains in the book per se, although the Earl of Oxford comes across as a thoroughly despicable character. Barnhill’s portrait of him will convince you that there is no way that this man wrote the plays attributed to Shakespeare! He has about as much depth as a wading pool.

The last section of the book kept me on tenterhooks as events spiraled out of control. This was the section where I really had difficulty liking Elizabeth. Her motivations were incredibly petty and could have cost and innocent man’s life. One can see echoes of her father, Henry VIII, in her actions. She proves to definitely be her father’s daughter.

The book is filled with minute details of the lives of the maids of honor, the enormous preparations need for the Queen’s summer progresses around the country, her nightly beauty rituals, and the clothes. At times, I felt that these details slowed the book down, and were repetitive. The reader is told over and over again, how draining it is, and how cramped the quarters often are.

I thoroughly enjoyed this book. It was a pleasant way to spend the last few days of winter, curled up in bed with a good book, or a good Nook in my case.

About the author: Anne Clinard Barnhill (http://anneclinardbarnhill.com/) has been writing or dreaming of writing for most of her life. For the past twenty years, she has published articles, book and theater reviews, poetry, and short stories. Her first book, AT HOME IN THE LAND OF OZ, recalls what it was like growing up with an autistic sister. Her work has won various awards and grants. Barnhill holds an M.F.A. in Creative Writing from the University of North Carolina at Wilmington. Besides writing, Barnhill also enjoys teaching, conducting writing workshops, and facilitating seminars to enhance creativity. She loves spending time with her three grown sons and their families. For fun, she and her husband of thirty years, Frank, take long walks and play bridge. In rare moments, they dance.

Unknown said…
"Tear Trough is a fabulous treatment which can vanish bags and darkness and restore lost volumization that occurs with aging. It's a common problematic area for women, as some days eyes look more puffy and saggy than others. Add late nights into the mix and you have under eyes areas that are rapidly declining. My tear trough treatment can fix this in less than 20 minutes with instantly visible results. Women who have not had this treatment should come to see us on Harley Street as they are really missing out on regaining beautiful eyes.continue reading this post.and get more information.
Tear trough
Tear trough filler London
under eye filler London
under eye filler Harley Street
under eye fillers
under eye fillers uk
June 11, 2014 at 1:00 AM