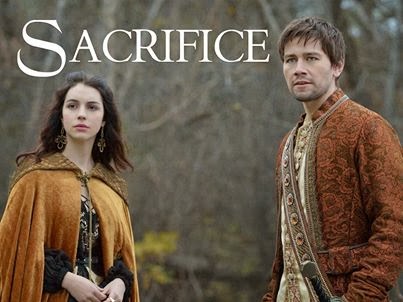 You guys, this show is twisting itself in knots to try and figure out ways to keep Mary and Francis from getting married.  As you probably recall, Nostradamus predicted that marriage to Mary will be the death of Francis. And Henry, for some reason, decided that it's vitally important that Mary stake her claim to the throne of England. Diane de Poitier's plot to have Bash legitimized was discovered, so she convinced Bash to leave the court. 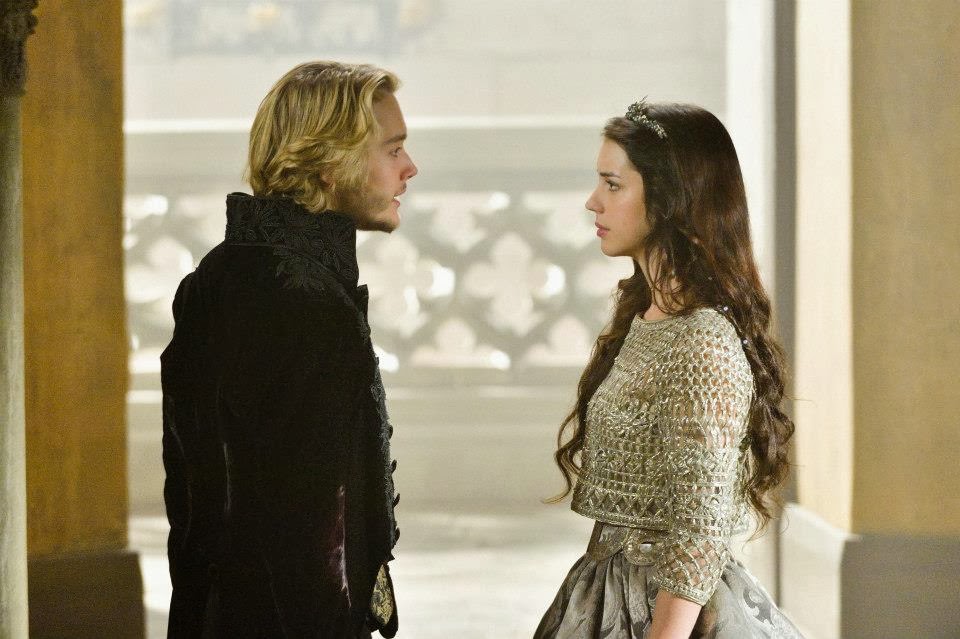 I can't even begin to recap these episodes.  Both of them hit new heights of ridiculousness.  "In For King and Country," Mary decides that there is only one way for her to keep Francis safe.  She tells King Henry that she will stake her claim to the English throne but there is a catch.  Henry has disinherit Francis and legitimize Bash, who she'll marry him instead. Henry hesitates for only a minute before agreeing.  Seriously? This plot is so ridiculous, I can only imagine the writers were smoking something when they came up with it.  Henry immediately decides to head to Rome to have a confab with the Pope about divorcing Catherine and legitimizing Bash.  First of all, the idea that the King had to go to Rome himself is absurd. That's what you have emissaries for! Did Henry VIII go to Rome for his divorce from Catherine of Aragon? Nope! 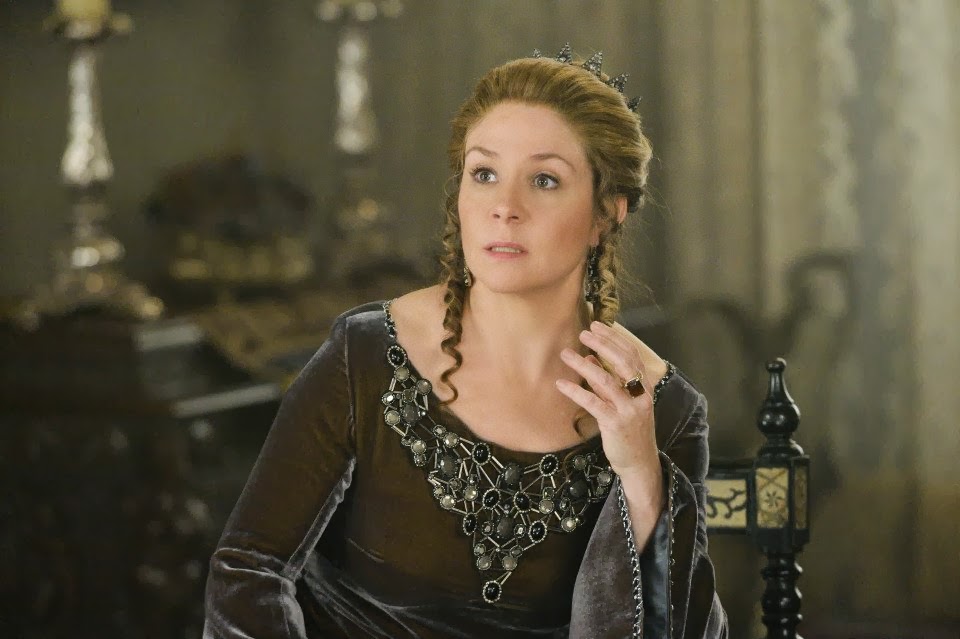 Of course, Francis ends up learning about the prediction. And of course he pleads with Mary not to throw away what they have on silly superstition.  Clearly he hasn't seen this show. Finally Francis just washes his hands of the whole thing, and decides to hightail it out of Dodge to go have a life now that he's not the heir to the throne anymore.  Catherine ends up being held prisoner in the dungeon.

Meanwhile, the man of the hour, Nostradamus is stabbed in the neck by Clarissa, the girl in the burlap sack. And we don't even find out what happens to him in the next episode! Is he lying dead in the basement? I guess everyone is so busy with the whole "Bash will be the next king," idea that Nostradamus has completely been forgotten. 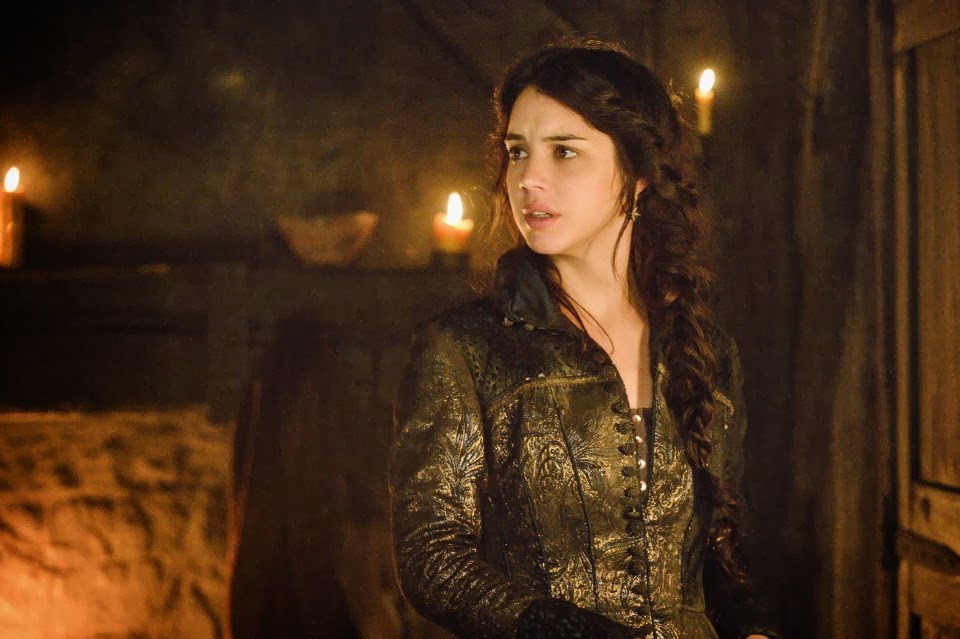 The next episode, 'Sacrifice,' was all about whether or not Bash really has it in him to be the next King of France.  The episode opens with him having to listen to people's grievances.  A young woman is brought before him who is accused of being a traitor.  She's also heavily pregnant.  It's clear that Bash knows her, and Mary immediately jumps to the conclusion that he's knocked her up.  It turns out that she's his sort of cousin, her father was executed as a traitor but it turns out that he was really one of the heretics.  Oh, and another woman tries to kill Bash but only ends up nicking his new bodyguard/fencing instructor.

Of course this is all part of one of Catherine's plans to ruin Bash.  She's like the Wiley E. Coyote of the French court. Apparently if anyone finds out that Bash is related to this traitor, he will never be able to be King. Mary, who is nothing if not helpful, decides to help Bash escort Isabella somewhere safe before she gives birth. After taking away all of Catherine's luxuries, Mary leaves the Three Stooges aka Lola, Greer and Kenna to watch Catherine to keep her from pulling any funny business.

Bash, Mary, and Isabelle ending up getting stuck in The Dark Forest where evil lurks aka heretics. They set up a tent for the night and Bash puts up protective symbols to keep them safe which Mary tears down thinking they were put there by the heretics.  She then realizes that Bash's family are also heretics.  She and Bash argue about the whole thing which was pretty boring, and Mary was incredibly judgmental (wait until she gets back to Scotland and has to deal with Presbyterians!). Frankly by this point, I was bored with the entire episode.  I didn't care about Isabelle and her baby, or the pagans in the woods.

The only interesting bit in the whole episode was Catherine de Medici taunting Kenna. The best line of the night, of course, belonged to Catherine. "Where are you going? I'm not done abusing you yet. You're taking away all my amusement." And then Lola, who is the only one of three to really have any brains, tells Catherine that they have forged letters from her plotting against the King which she threatens to make public if any harm comes to Bash or Mary.

The sad thing about this show is that if the real Mary, Queen of Scots had been this strong, decisive, and level-headed she might have kept her throne and not ended up on the chopping block. She even offers Bash a way out, telling him that he doesn't have to marry her and become King, that she would understand if it was all too much for him. Bash, to his credit, tells her no that he's willing to go through with it if only so that he has a storyline on this show.

can you visit here please....

jemserider said…
It has really excellent diary! I always accurately came here from http://klebebh.ch that thoughts to be zealous icky face steal tape in the humankind and it's really functional.