November Books of the Month

November 15, 2013
Normally I feature just one book that I feel that readers would enjoy but this month we have a plethora of really cool books.

Why did Norman Mailer stab his second wife at a party?  Who was Edith Wharton’s secret transatlantic lover? What motivated Anaïs Nin to become a bigamist?

Writers Between the Covers rips the sheets off these and other real-life love stories of the literati—some with fairy tale endings and others that resulted in break-ups, breakdowns, and brawls. Among the writers laid bare are Agatha Christie, who sparked the largest-ever manhunt in England as her marriage fell apart; Arthur Miller, whose jaw-dropping pairing with Marilyn Monroe proved that opposites attract, at least initially; and T.S. Eliot, who slept in a deckchair on his disastrous honeymoon.

From the best break-up letters to the stormiest love triangles to the boldest cougars and cradle-robbers, this fun and accessible volume—packed with lists, quizzes and in-depth exposés—reveals literary history’s most titillating loves, lusts, and longings. Title: Marie Antoinette's Head: The Royal Hairdresser, the Queen, and the Revolution
Author:  Will Bashor
Publisher:  The Lyon's Press
About:  Marie Antoinette has remained atop the popular cultural landscape for centuries for the daring in style and fashion that she brought to 18th century France. For the better part of the queen’s reign, one man was entrusted with the sole responsibility of ensuring that her coiffure was at its most ostentatious best. Who was this minister of fashion who wielded such tremendous influence over the queen’s affairs? Marie Antoinette’s Head: The Royal Hairdresser, The Queen, and the Revolution charts the rise of Leonard Autie from humble origins as a country barber in the south of France to the inventor of the Pouf and premier hairdresser to Queen Marie-Antoinette.

By unearthing a variety of sources from the 18th and 19th centuries, including memoirs (including Léonard’s own), court documents, and archived periodicals the author, French History professor and expert Will Bashor, tells Autie’s mostly unknown story. Bashor chronicles Leonard’s story, the role he played in the life of his most famous client, and the chaotic and history-making world in which he rose to prominence. Besides his proximity to the queen, Leonard also had a most fascinating life filled with sex (he was the only man in a female dominated court), seduction, intrigue, espionage, theft, exile, treason, and possibly, execution. The French press reported that Léonard was convicted of treason and executed in Paris in 1793. However, it was also recorded that Léonard, after receiving a pension from the new King Louis XVIII, died in Paris in March 1820. Granted, Leonard was known as the magician of Marie-Antoinette’s court, but how was it possible that he managed to die twice? 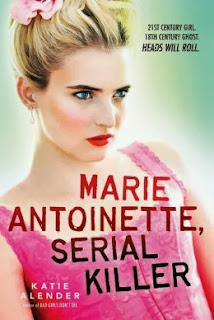 But a series of gruesome murders are taking place around the city, putting everyone on edge. And as she tours the sights, Colette keeps seeing a strange vision: a pale woman in a ball gown and powdered wig, who looks like Marie Antoinette.


Colette knows her status-obsessed friends won't believe her, so she seeks out the help of a charming French boy. Together, they discover that the murder victims are all descendants of people who ultimately brought about Marie Antoinette's beheading. The queen's ghost has been awakened, and now she's wreaking her bloodthirsty revenge.
And Colette may just be one of those descendants . . . which means she might not make it out of this trip alive. Acclaimed author Katie Alender brings heart-stopping suspense to this story of betrayal, glamour, mystery, history--and one killer queen. 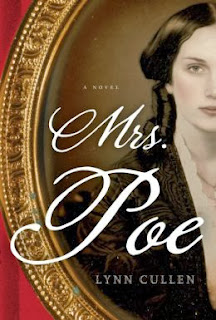 Title:  Mrs. Poe
Author:  Lynn Cullen
Publisher:  Simon & Schuster
Pub Date:  10/1/2013
Overview:  1845: New York City is a sprawling warren of gaslit streets and crowded avenues, bustling with new immigrants and old money, optimism and opportunity, poverty and crime. Edgar Allan Poe’s “The Raven” is all the rage—the success of which a struggling poet like Frances Osgood can only dream. As a mother trying to support two young children after her husband’s cruel betrayal, Frances jumps at the chance to meet the illustrious Mr. Poe at a small literary gathering, if only to help her fledgling career. Although not a great fan of Poe’s writing, she is nonetheless overwhelmed by his magnetic presence— and the surprising revelation that he admires her work.

What follows is a flirtation, then a seduction, then an illicit affair . . . and with each clandestine encounter, Frances finds herself falling slowly and inexorably under the spell of her mysterious, complicated lover. But when Edgar’s frail wife Virginia insists on befriending Frances as well, the relationship becomes as dark and twisted as one of Poe’s tales. And like those gothic heroines whose fates are forever sealed, Frances begins to fear that deceiving Mrs. Poe may be as impossible as cheating death itself. . . .
Frances Osborne Marie Antoinette November Books of the Month

Undine said…
I know nothing about the first three books on your list, but I was unfortunate enough to read "Mrs. Poe," and it stinks to high heaven.

If Edgar and Virginia were alive today, that novel would give them a hell of a good case for a defamation suit.
November 16, 2013 at 12:58 PM

Elizabeth Kerri Mahon said…
Undine, I had mixed feelings about Mrs. Poe. There were many things that I liked about the book, the depiction of New York in the 1840's, the relationship between Frances and Poe, but I was incredibly disappointed by the ending. It's the one thing that marred the book for me.
November 19, 2013 at 10:53 PM