Review: A Spear of Summer Grass 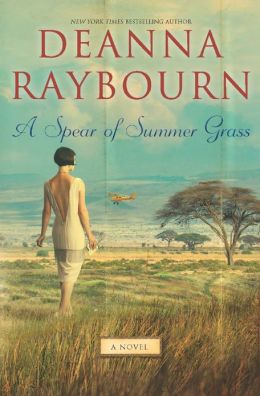 
What it’s About:  The daughter of a scandalous mother, Delilah Drummond is already notorious, even among Paris society. But her latest scandal is big enough to make even her oft-married mother blanch. As punishment, Delilah is exiled to Kenya and her favorite stepfather's savanna manor house, Fairlight, until gossip subsides. Fairlight is the crumbling, sun-bleached skeleton of a faded African dream, a world where dissolute expats are bolstered by gin and jazz records, cigarettes and safaris. Against the frivolity of her peers, Ryder White stands in sharp contrast. As foreign to Delilah as Africa, Ryder becomes her guide to the complex beauty of this unknown world. Giraffes, buffalo, lions and elephants roam the shores of Lake Wanyama amid swirls of red dust. Here, life is lush and teeming—yet fleeting and often cheap.


Amidst the wonders—and dangers—of Africa, Delilah awakes to a land out of all proportion: extremes of heat, darkness, beauty and joy that cut to her very heart. Only when this sacred place is profaned by bloodshed does Delilah discover what is truly worth fighting for—and what she can no longer live without.


Why you should buy it:  I’ve been interested in British Africa between the wars, ever since I saw the film White Mischief.  So when I read that one of my favorite writers, Deanna Raybourn, had a book coming out set in that time period, I couldn’t wait to read it.  I started the book on Saturday on my bus ride to Boston and couldn’t put it down.  From the moment that Delilah set her dainty foot on African soil, I was completely mesmerized.  I read it on the T, at dinner, during intermission at the Lyric Stage Company, before bed, and kept on reading it until I finished it on the bus ride back home to New York.  And then I was depressed, because the book was done and I had to say good-bye to Delilah and Ryder, two of the most interesting characters that I have met in historical fiction in a long time. Not even the knowledge that Raybourn has another book coming out set during the same time period could assuage my grief.  This book made me want to immediately book a safari in Africa but the Abercrombie & Fitch kind with the air-conditioned tents, and four star cuisine.


What can I say about Delilah Drummond that hasn’t already been said by critics who have universally acclaimed A Spear of Summer Grass? Delilah is spoiled, petulant, impulsive, promiscuous, vain, sarcastic, intelligent, and too stubborn for her own good. It takes her forever to admit what we, the reader already knows, that she has not only fallen in love with Ryder White, but she has fallen head over heels in love with Africa.  Oh, and I have mentioned that she is fiendishly loyal to both ex-husbands and friends?  There times when I wanted to throttle Delilah, particularly when she is being beastly to her cousin Dodo.  But as Delilah grew and changed, so did my feelings towards her.  Delilah is like an onion, the book slowly peels back the layers to reveal the pain underneath.  Like many people, Delilah’s life was marked by the First World War.  She’s been trying to mask the pain by dancing, drinking and shagging the night away. By the time she does an impulsively heroic act towards the end of the book, I wanted to be her best friend. 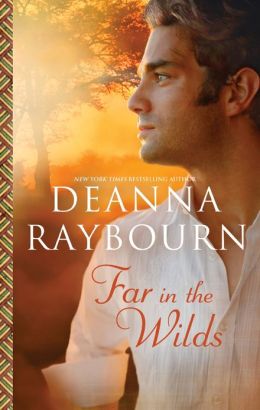 And then there is Ryder White.  Be still my foolish heart, if it were possible to marry a fictional character, I would want to marry Ryder White.  How can one resist a man who can quote Walt Whitman? A man who can take down a lion with ease but who respects nature, the land and the natives? A man who is also kind and generous as well as being stubborn and proud? Ryder is a man’s man, handsome, brave and a little rough around the edges (all those years living in the Yukon and Africa).  He has been through a great deal of pain in his life but he doesn’t let it define him.  In fact, before you read Spear of Summer Grass, I suggest you read Raybourn’s prequel novella Far in the Wilds for a glimpse of Ryder before the novel starts.  I guarantee you will fall just as madly in love with Ryder as I have.


In fact, all the characters in this book are wonderfully flawed and deliciously quirky, including Tusker, Ryder’s aunt, Kit, the promiscuous self-absorbed artist, Rex and Helen, the long married couple with secrets, and Gideon and Moses.  I could gush all day about the wonderful scenes between Gideon, a Masai warrior who becomes Delilah’s protector and friend, and Delilah.  All these characters have suffered something whether it is loss of a loved one, or the pain of being a spinster.   It is Africa that heals them, that gives purpose and meaning to their lives.  Raybourn doesn’t shy away from describing just how hard life in Africa was, how few modern conveniences, the tensions between the colonialists and the natives, and the differing viewpoints on what direction Kenya or British East Africa should go in.  To the Europeans, Africa was their Wild West, the final frontier.  I do agree with some reviewers who felt that the political situation in Kenya is rather glossed over.  I’m still a little unsure as to what was going on at the time.  And I’m not sure that the novel needed a murder mystery.  It occurred so late in the book, that the denouement seemed rushed to me.  The book is at its best when the focus is on Delilah’s relationship with Africa, and her developing relationship with Ryder.


At first when I was reading the book, I tried to imagine what real life characters that lived in Kenya in the early 20th century Raybourn might have based her characters on.  After a while I was so entranced by the story, that I started imagining what actors might play what roles in the miniseries (please make this happen).  I definitely see Hayley Atwell (Captain America) as Delilah, Laura Carmichael (Lady Edith in Downton Abbey) as Dodo and Judi Dench as Tusker.  Who should play Ryder is the tricky one; I would have said Clive Owen about ten years ago or even Russell Crowe when I still liked him.  If Jonathan Cake were a big enough star, I would say that he would make an excellent Ryder as would Richard Armitage, if he lightened his hair.


The verdict:  A powerful and poignant novel about redemption and the human spirit told by a master storyteller.