July 26, 2012
Scandalous Women is pleased to present part two of Deborah Hale's series on the Glamorous Gunning Sisters.  Part two could almost be called "The Next Generation"

During the mid-18th century, the Gunning sisters, Maria and Elizabeth, parlayed their beauty and celebrity into brilliant marriages. Somehow they managed to tread the fine line between celebrity and notoriety without slipping into the latter.
Elizabeth's eldest daughter and Maria’s youngest were not so prudent. Both became figures of scandal in the latter part of the century. 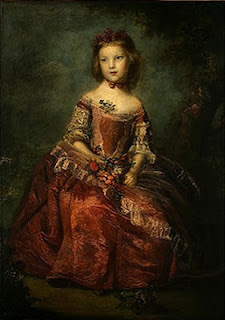 Lady Betty Hamilton, daughter of Elizabeth Gunning and the 6th Duke of Hamilton, was born in 1753, less than a year after her parents’ hasty, clandestine marriage. Two brothers followed before her father died when she was only five years old. Her mother wasted no time in remarrying another Scottish nobleman, the Duke of Argyll, by whom she had four more children.

Portraits of the period show that Lady Betty inherited her mother’s beauty. When she came out, the lovely young lady attracted the ardour of the equally attractive John Frederick, Duke of Dorset. An avid sportsman with a passion for cricket, Dorset possessed a great fortune and one of the finest estates in the kingdom. He was smitten with Lady Betty, but not enough to settle down before he’d had some fun. Instead of proposing, he headed off to Europe on his Grand Tour with celebrated courtesan Nancy Parsons in tow. 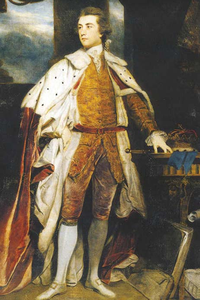 In spite of her heartbreak, Lady Betty could not afford to wait for Dorset to return. She had to secure a husband of wealth and title before the bloom went off the rose. Fortunately a new suitor presented himself. The Earl of Derby was not as handsome or high-ranking as the Duke of Dorset, but he was every bit as rich and possessed a more constant temperament.

Recognizing the makings of a good husband, the Duchess of Argyll pressed her daughter to secure the earl. Lady Betty was said to have accepted his proposal in a note stained with her tears, but Derby threw a lavish fete champêtre to celebrate their engagement that cost £5000. The couple were married in June 23, 1774 and divided their time between his Yorkshire estate, Knowsley, his country house in Surrey and his London mansion on Grosvenor Square. Lady Betty dutifully bore her husband an heir, followed by a daughter.

Then the Duke of Dorset returned from Europe. Casting off Nancy Parsons, he took up with another celebrated courtesan, Mrs. Armistead. Because he and Lord Derby were of similar age and rank, they became part of the same social circle. In June of 1777, the two men arranged a cricket match at Lord Derby’s Surrey estate, “The Oaks”. During the event, Lady Betty organized and played in the first women’s cricket match ever recorded. If she was trying to reignite Lord Dorset’s passion for her, she could not have done better than engage in his favourite sport. Later that summer, Dorset and the Derbys were guests at Howard Castle. By fall, gossip about Lord Dorset and Lady Derby was running rife. But that was nothing to the tattle when it was learned her ladyship was pregnant! Wagers were laid on whether the child been sired by Lady Betty’s husband or her lover. 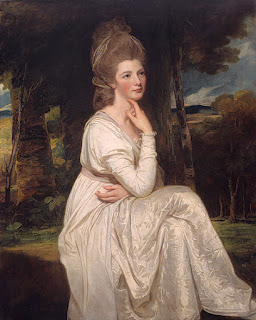 The earl turned a deaf ear to the gossip until after the child was born. But when his wife went off to the seaside resort of Brighthelmstone to ‘recover from the birth.’ it may have been the last straw. Who went to the south coast of England when a combined French-Spanish invasion was expected any day? It was clear the proximity of Brighthelmstone to Lord Dorset’s estate, Knole, had been the chief factor in her ladyship’s choice. When he returned from militia camp in the fall, the earl confronted his wife with evidence of her infidelity and she moved out of their London home.

Fully expecting Lord Derby to divorce her, Dorset declared he would marry Lady Betty as soon as she was free. But the lovers had not reckoned with the fury of a gentleman scorned. The Earl of Derby vowed he would never seek a divorce from his wife. Why should he? His wife had provided him with an heir. For female companionship he had taken up with Lord Dorset’s former mistress, Mrs. Armistead. His decision left Lady Betty in the lurch. As an adulterous wife, her reputation was ruined. She would not be permitted to see her children, nor could her female friends continue to see her without risking their reputations. But without a divorce she could not rehabilitate herself by marrying the duke.

For a time, she and Lord Dorset remained together, hoping the earl would relent, but in the end the handsome duke moved on to become ambassador to France, where he charmed Queen Marie Antoinette. Lady Betty drifted off to the Continent, where she would not be quite such an outcast, but after a few years she returned to England, her spirit and health broken. She finally died in the winter of 1797, at the age of forty-four, leaving Lord Derby free to marry actress Elizabeth Farren. It was said that the Duke to Dorset met her funeral cortege and asked whose it was, only to be told the deceased was the woman whose heart he had broken…twice.

Prashant Gurung said…
This is a great blog and has provided me lot of information. For more details please visit the given link Jewellery
July 27, 2012 at 11:30 PM

I'm the editor for the Watercooler section on Before It's News, and I came across your website.

We'd love to republish your RSS feed on our site, with a link back to your website. You'd benefit from having some of our millions of readers see your posts and go through to your blog.

Today I have been honored to be invited to write a guest post at the English Historical Fiction Authors blog created and coordinated by author Debra Brown--here is the link to my post, together with the introduction to the connections outlined in my Subject Line: