July 19, 2012
Scandalous Women is pleased to welcome back historical fiction author Deborah Hale with another fabulous post about some of the 18th century's most Scandalous Women.

In December of 1750, a pair of Anglo-Irish beauties took London by storm! When they were presented at the Court of St. James, their celebrity was such that some of highest-born aristocrats climbed up on chairs and tables in an effort to glimpse the glamorous Gunning sisters.
On their mother’s side, Maria and Elizabeth Gunning were granddaughters of Viscount Mayo, but the family was relatively poor and there were several other children. Mrs. Gunning decided her daughters’ beauty might be the family meal ticket, so she put the girls on stage at Smock Alley Theatre in Dublin when they were quite young. At that time, acting was not considered a respectable profession for a lady since so many actresses were also sought-after courtesans. It was almost unheard of for a parent to urge their offspring into the theatre.

But acting did provide the girls an entrée into better society. In 1748, when they were fifteen and sixteen, the Gunning sisters were invited to a ball at Dublin Castle, hosted by Viscount Petersham. Unfortunately, like a pair of Cinderellas, they had no gowns fit to wear to such a grand occasion. The situation was saved by theatre manager, Thomas Sheridan (father of playwright Richard Brinsley Sheridan) who allowed the girls to borrow costumes from the green room. Dressed as Juliet and Lady Macbeth (one assumes the ball must have been a masquerade!) Maria and Elizabeth were presented to the Lord Lieutenant of Ireland. Their mother traded on the acquaintance to procure a pension from his lordship so she could afford to take her daughters to England. 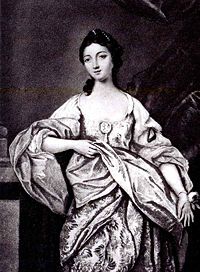 They were soon the toasts of the West End and Vauxhall. So many admirers flocked to the stage door that they had to hire guards to protect them. Shades of the 21st century celebrity entourage! Their portraits were painted and engravings circulated with poetic inscriptions: “Hibernia long with spleen beheld

Her Favorite Toasts by ours excelled.

By her own Beauties,—sent a pair.”

Not everyone was smitten, however. Waspish social commentator Horace Walpole carped, “Two Irish girls of no fortune, who make more noise than any of their predecessors since the days of Helen, and who are declared the handsomest women alive.” Of course, he might have been peeved because the Gunnings rivalled his favourite niece. The royal presentation of Maria and Elizabeth in 1750 set the seal on their celebrity, while also lending them an air of respectability. Not for them the career of notorious courtesans. If they were to trade their favours for fortune, it must come with the security of marriage.

Their conquests of eligible noblemen were no doubt stage-managed by their mother, who had married beneath her and did not want her daughters making the same mistake…or worse! A year after their presentation at Court, Elizabeth wed the Duke of Hamilton in a precipitous clandestine wedding with a bed curtain ring for a wedding band! Hamilton was no great prize in a personal sense (Elizabeth Chudleigh had jilted him) but at least he was relatively young. Within the next four years, the Duchess presented her husband with two sons and a daughter. 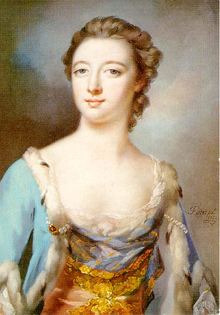 Meanwhile Maria had hopes of the Earl of Coventry, but he had been stringing her along for months, perhaps hoping she would yield to him without having to make her his wife. Her sister’s marriage seemed to give Coventry the push he needed. A month after Elizabeth became Duchess of Hamilton, Maria became Countess of Coventry. The earl whisked his bride off to Europe, where she was besieged by gawkers. Maria did not care for France since she did not know the language and her husband objected to her wearing fashionable cosmetics. Once at a banquet, seeing she was wearing rouge, he forcefully wiped it off with his handkerchief, much to her humiliation. Why a beautiful girl of twenty felt she needed to wear heavy, toxic make-up, is a mystery.

Part of her motivation may have been insecurity for she soon learned her husband was keeping celebrated courtesan Kitty Fisher as his mistress. There is an anecdote about Maria complimenting Kitty on her gown and asking how much it cost. Kitty boldly suggested Maria ask her husband, since it was he who had purchased the gown. As titillating as people might have found Kitty’s impudent answer, they were likely scandalized that the wife of an earl would commit such a breach of propriety by speaking to a woman of ill-repute.

Maria bore her husband two daughters and son. She continued to use lead and mercury-based cosmetics in spite of her husband’s disapproval, until she died of their effects at the age of twenty-seven. By that time, Elizabeth had been widowed and remarried. After Hamilton’s death in 1758, she was briefly engaged to the Duke of Bridgewater but finally married the Duke of Argyll in 1759. Horace Walpole was practically apoplectic, painting her as a black widow: "Who could have believed a Gunning would unite the two great houses of Campbell and Hamilton? For my part I expect to see Lady Coventry Queen of Prussia. I would not venture to marry either of them these thirty years, for fear of being shuffled out of the world prematurely, to make room for the rest of their adventurers.” 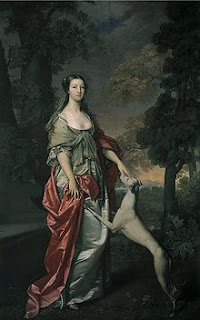 Another portrait of Elizabeth, Duchess of Hamilton

Elizabeth went on to have four more children by her second husband. She served as Lady of the Bedchamber to Queen Charlotte for over twenty years and survived her sister Maria by thirty. Though the glamorous Gunning sisters drew more than their share of gossip by rising from obscurity to wed three of the highest-born men in the kingdom, they managed to avoid outright scandal. That would be left to the next generation – their daughters, the notorious Countess of Derby and Lady Anne Foley!

amit said…
Nice Photos and Blogs I Like It

Connie said…
Wow - really fascinating. It really is sad to think how many women used those "poisoned" cosmetics. I think that very white skin was so desired that many women would do anything to achieve it.

Marguerite Kaye said…
Fascinating post, I didn't know how Maria died, or that she died so young. Elizabeth is actually buried in the same church yard as my grand parents, in Kilmun Church at the Holy Loch, which I can see from my own house. It's the ancestral burial grounds of the Dukes of Argylls, and the crypt is supposed to be cursed.
July 20, 2012 at 10:14 AM

Anna Sonata said…
Nice article, thanks for the information.

Unknown said…
Lady Elizabeth is one of my ancestors...Actually explains quite alot about my family....
December 17, 2012 at 7:18 PM