The Barretts of Wimpole Street

Congratulations on your recent Best Picture Oscar for The Artist. This makes the second year in a row that The Weinstein Company has won Best Picture! Not to mention sweeping the Best Actor and Actress awards as well. Along with Oscar nominations for Michelle Williams and Kenneth Branagh, this has been a banner year for The Weinstein Company. Why waste time making sequels to Shakespeare in Love, and Bridget Jones’ Diary not to mention Scream 5? It’s time The Weinstein Company add another classy production to hopefully add more Oscar Gold. I’m talking about making a biopic about Elizabeth Barrett Browning and Robert Browning.

The 19th Century is totally hot right now, not to mention poets. John Cusack’s starring as Edgar Allen Poe in The Raven soon and did you see Bright Star? I’m telling you that The Barretts of Wimpole Street is even better than Bright Star because nobody dies! The love story of Elizabeth Barrett and Robert Browning has all the hallmarks of a Weinstein production, British accents, gorgeous costumes, a tyrannical father, handsome young leading man, an invalid heroine, a secondary love story between Elizabeth’s sister Henrietta and her suitor, a dramatic elopement, and finally a happily ever after ending in Italy. There’s even an adorable cocker spaniel. But most important is the poetry. Robert fell in love with Elizabeth before he even met her because of her poetry.

The story has been filmed twice before, once in 1934 with Norma Shearer as Elizabeth and Frederic March as Robert (the film was nominated for Best Picture), and then in 1957 by the same director with Jennifer Jones, Bill Travers and Sir Ralph Richardson as Edward Barrett Moulton Barrett, Elizabeth’s father (there was also a TV version made in Britain in the 1970's) but don‘t let that deter you! I’m sure that in the hands of a strong director and writer, this story can inspire modern audiences as well.

Screenplay:
A great film needs a great script. I suggest that you get Emma Thompson to write the screenplay. Remember she won an Academy Award for another 19th century adaptation, Sense and Sensibility. If she’s not available, then let Julian Fellowes have a shot at it but he‘s kind of hit and miss. I love Downton Abbey, Gosford Park and Vanity Fair but his 4 hour production of The Titanic made me long for James Cameron’s version and I hated that movie.

Director:
It would be awesome if Ang Lee could direct the film. He did such a great job with Sense and Sensibility. Sam Mendes would also be a good choice, it’s time he tried the 19th century on for size. Or how about Mira Nair? I really liked her direction of Vanity Fair. Another good choice would be Tom Hooper, Roger Michell (who directed Persuasion), or Stephen Daldry. Under no circumstances hire Joe Wright because he’ll completely cock-it-up, I can just see a donkey or a raccoon running through the parlor in the Barretts home or Robert showing up at all hours of the day and night.

Now here comes the important bit, casting the leads. Who plays Elizabeth Barrett and Robert Browning can make or break your film. I’ve given this a lot of thought.

Our Heroine: Elizabeth Barrett was 39 at the time she met Robert Browning in 1845. She’d been an invalid for at least 15 years, suffering from a variety of ailments for which she’d been taking laudanum and later morphine. According to Wikipedia, At about age 15 Barrett Browning began to battle with a lifelong illness, which the medical science of the time was unable to diagnose. All three sisters came down with the syndrome although it lasted only with Elizabeth. She had intense head and spinal pain with loss of mobility. She is described as having "a slight, delicate figure, with a shower of dark curls falling on each side of a most expressive face; large, tender eyes, richly fringed by dark eyelashes, and a smile like a sunbeam". 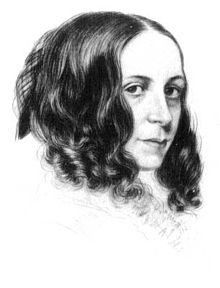 The role requires an actress who blossoms once she meets Robert, defying her father in order to marry the man she loves, even though she knows that not only will she be disinherited, but that she may never see her father again. My top choice for the role would be Sally Hawkins who was so fabulous in Mike Leigh’s Made in Dagenham, as well as Jane Austen’s Persuasion. Other good choices would be Emily Watson, Ann-Marie Duff (who has played both John Lennon’s mother, Margot Fonteyn and Elizabeth I), Helena Bonham Carter, Samantha Morton, Jennifer Ehle, or Kate Beckinsale (when was the last time she had a really great role and I‘m not talking Underworld or Underworld 3). 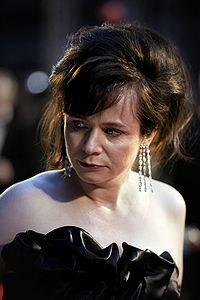 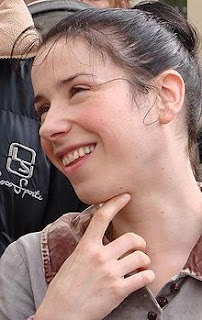 Please don’t, whatever you do, cast Keira Knightly. I know she’s become the automatic go-to-girl for period films, whether she’s right for the role or not, but just say no! Other actresses to avoid Gwyneth Paltrow, Anne Hathaway, Julia Roberts, Hilary Swank, or Charlize Theron. 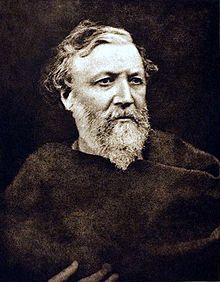 Robert Browning in his later years

Our Hero: Robert Browning, 33, was the son of a well-paid clerk for the Bank of England making £ 150 pounds a year. He was mainly educated at home, and left University after one year. He refused a formal career and ignored his parents' remonstrations, dedicating himself to poetry. He stayed at home until the age of 34, financially dependent on his family until his marriage. His father sponsored the publication of his son's poems. Browning traveled widely, joining a British diplomatic mission to Russia in 1834, later journeying to Italy 1838 and 1844. By the time Robert meets Elizabeth, he’s not only a published poet but also a man of theatre, having had several plays produced on the English stage.


I see Tom Hiddleston in the role of Robert Browning. He’s proved with his work in War Horse and The Deep Blue Sea, that he can handle both period pieces as well as serious dramatic roles. He also went to Eton has a double-first from Cambridge, so he definitely can handle the poetry. If Hiddleston is not available or interested, than another good choice might be James McAvoy (McAvoy is married to Ann-Marie Duff so if you cast them, you have the added publicity bonus of them playing two of the greatest poets of the 19th century who are also married). 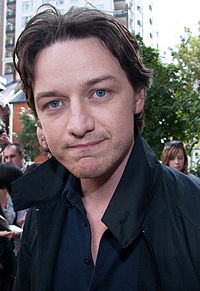 The villain: Edward Barrett Moulton Barrett, 50’s. Every story, particularly has to have a villain (think of Billy Zane in Titanic) or a third person in the love triangle. In this film, it is Elizabeth’s father who vowed to disinherit his children if they married. I leave it up to the screenwriter to fill-in the psychological reasons for wanting to keep his children single forever. The original film suggested that Barrett liked Elizabeth a little too much. I don’t know about that but the Victorians were a strange bunch. My top choices for this role would be Alan Rickman or Jeremy Irons. 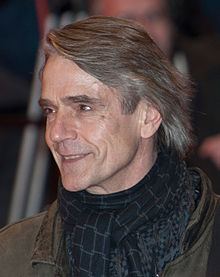 Of course, I'm only a non-fiction author, what do I know about film? I do know what I like, and I think that if the Weinstein Company produces a film about Elizabeth Barrett and Robert Browning, they will have a surefire Oscar contender!

Who do you think would be good casting for The Barretts of Wimpole Street?
﻿
19th Century Women Elizabeth Barrett Browning Legendary Lovers Robert Browning

Caroline said…
This is so brilliant! Maybe we'll get lucky and someone will make it. I mean, they're doing the "Effie" movie after all.
I vote Kate Beckinsale for Elizabeth. How about Michael Fassbender for Robert Browning? I was fairly impressed with his Rochester in "Jane Eyre" (he was the only good thing about that production, IMO). Finally Alan Rickman all the way--he's such an excellent villian!
April 30, 2012 at 10:25 PM

Elizabeth Kerri Mahon said…
Ooh, I forgot about Fassbender. He would actually be perfect as Robert Browning! And he looks good in those sideburns.
May 1, 2012 at 8:02 PM

Megan Bush said…
So I'm late to the game because I just discovered your blog yesterday and have been reading voraciously since... But this movie needs to happen. Oh my goodness it needs to happen. And I agree about the casting as well. I have a soft spot in my heart for James McAvoy and Alan Rickman, and I agree about who NOT to cast. So many wonderful ideas. Thank you for putting this idea in my head!