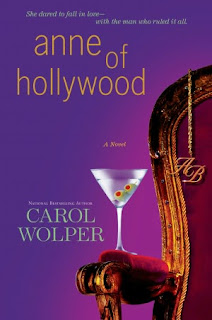 “I wasn’t prepared for the enemies. Had I been as gorgeous as a supermodel, or as rich as an heiress, or an actress with an Oscar to my credit, people would still not be happy that I had Henry’s attention, but they’d understand. What they resented was the king coupling with a ‘nobody.’”


Skirts may be shorter now, and messages sent by iPhone, but passion, intrigue, and a lust for power don’t change. National bestselling author Carol Wolper spins a mesmerizing tale of a twenty-first-century Anne Boleyn.

Wily, intelligent, and seductive, with a dark beauty that stands out among the curvy California beach blondes, Anne attracts the attention of Henry Tudor, the handsome corporate mogul who reigns in Hollywood. Every starlet, socialite, and shark wants a piece of Henry, but he only wants Anne. The question is: can she keep him?

Welcome to a privileged world where hidden motives abound, everyone has something to sell, and safe havens don’t exist. With her older sister Mary, a pathetic example of a royal has-been, Anne schemes to win her beloved Henry in the only way that gives a promise of forever—marriage. Success will mean contending with backstabbing “friends,” Henry’s furious ex-wife, and the machinations of her own ambitious family, and staying married to a man who has more options than most and less guilt than is good for either of them will take all her skill. Anne will do anything to hold on to the man—and the lifestyle—she adores, however, even if sticking your neck out in Hollywood means risking far worse than a broken heart. With Henry’s closest confidante scheming against her, and another beautiful contender waiting in the wings, Anne is fighting for her life. Can she muster the charm and wit to pull off her very own Hollywood ending?

My thoughts:  When I first heard about this book, I thought, 'You have to be kidding me! Anne Boleyn in Hollywood?' Still there was something about the idea that intrigued me. Perhaps it was the fact that this mash-up didn't turn Anne into a werewolf, a vampire or a succubus! So I downloaded a sample of the book onto my NOOK, and gave it a quick read. What I read made me want to read the whole book, but I confess, I took the book out of the library instead of buying it. A girl has to economize!

The idea of translating the Tudors into contemporary Hollywood shouldn't work but it somehow does.  Henry VIII in Wolper's version is Henry Tudor who owns a studio, a web-site ala The Huffington Post, as well as other interests.  He's referred to as "the King" of Hollywood by various characters in the book. But Henry is not content with just being the Kingpin of Hollywood, he's seeking the Governorship of California. All of the usual suspects that most readers will be familiar with are here, Thomas Cromwell as been reinterpreted as Theresa Cromwell, Henry's right hand woman, Cardinal Wolsey is now crooked money manager Carl Wolsey, Catherine is Catherine Aragon, the daughter of a wealthy power-broker Ferdinand, she and Henry have a daughter Maren who is boarding school. As the book opens, they are wrangling not just over the divorce but over the property settlement. Catherine, obsessed with Henry, has become a devout Catholic, who pops pills to get through her day. Mary is a former model turned party girl who failed to snag Henry, so she becomes a pot-smoking hippie. All the Boleyn hopes are now pinned on Anne. See daddy Thomas Boleyn, unlike the successful courtier of Tudor Times, is an entertainment lawyer, who failed when he started his own firm. Now he creeps around the fringes of power with his face pressed against the window, trying to get in. George is a bisexual actor, who gets a job on a cop show thanks to Henry. Jane Boleyn is now Lacy, who hates Anne because George loves her so much. And then there's Jane Seymour who is now a jewelry designer and a friend of Theresa's.

The novel is written in an easy, breezy style from the points of view of various characters, mainly Anne (in the first person), Theresa, and a hanger-on Cliff Craven.  Anne is a likeable narrator, who genuinely seems to love Henry for himself, not just for what he can do for her family. Theresa Cromwell feels threatened by Anne, particulary when she takes over Henry's philanthropic foundation, which was Theresa's pet project.  There are two big weaknesses in this novel, the first is that Wolper fails to make the reader understand why everyone, apart from Catherine and Lacy, hates Anne so much.  She doesn't really throw her weight around, everyone agrees that she is vibrant, sexy, and charismatic. Unlike the real Anne, she doesn't confront Henry with his infidelities, she seems to roll with the punches.  She's a freelance writer, but unlike Lacy, she doesn't use her position as Henry's wife to snag a cushy job. Nor is she really one of those Hollywood wives who spend most of their times lunching.  We don't really see Anne doing much of anything, apart from giving birth to Elizabeth, and hoping to get pregnant with a male heir for Henry.  Apparently even in 2012, a daughter isn't good enough.

The other weakness in the novel is that Henry remains off-stage throughout most of the book. He's a cipher, a Howard Hughes figure but without the OCD. It's unclear how he became so rich, or powerful. After awhile, I began to lose interest in the story, or even care how Anne was going to get her comeuppance in this version of her life. Clearly, she's not going to be executed but somehow banished from her glitzy lifestyle. I've read Jackie Collins novels with more pizzazz and punch than this book which is really a shame because it's an intriguing idea.

Verdict:  Only for real fans of Anne Boleyn, or readers who love reading about Hollywood.
Anne Boleyn Henry VIII