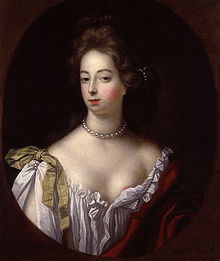 Today is Nell Gwn's birthday, born February 2nd, 1650 which would make her 362 years old this year if she were a vampire. Nell has always been my favorite of Charles II's mistresses, probably because apart from his Queen, Catherine of Braganza and his sister Minette, I've always felt that Nell was the only one of his mistresses who truly loved him as Charles the man, not Charles the King. She seems to have been relatively undemanding compared to Barbara Palmer, and she wasn't a spy for the French like Louise de Keroualle. With her, the King could pretty much be himself.

Called "pretty, witty Nell" by the diarist Samuel Pepys,  Nell has long been seen as a living embodiment of the spirit of Restoration England. She's become something of a folk heroine over the years, her story echoing the rags-to-royalty tale of Cinderella. Elizabeth Howe, in The First English Actresses, calls she was "the most famous Restoration actress of all time, possessed of an extraordinary comic talent." Despite her great success on the stage, she gave it all up to be the King's mistress. 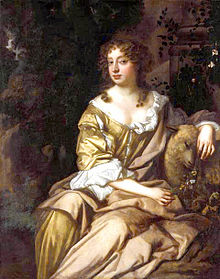 The details of her early life are a bit sketchy.  Some historians believe that she was born in London, some in Oxford, and some point to Hereford, near Wales, since Gwyn is a Welsh name. Most historians do agree that her father, Thomas Gwyn, was probably a Captain in the Royalist army during the English Civil War.  What happened to her father is unknown, whether he died, or deserted the family.  What is clear is that he was soon out of the picture, and Nell, her older sister Rose, and her mother had to fend for themselves.  There are stories that Nell's mother ran or worked in a bawdy house, and that Nell, herself might have been a child prostitute. By the time she was 12, she had a protector named Duncan who kept her for about 2 years. After the relationship was over, Nell became an orange girl at the Theatre Royal, Drury Lane. By the time she was 16, she was appearing on the stage instead of selling oranges to the audience in front of it.

Because she was illiterate, she learned her lines by rote. She was taught her craft of performing at a school for young actors developed by Thomas Killigrew and one of the finest male actors of the era, Charles Hart,
who became her lover. She was famous for her roles in breeches parts, where she could dance, sing and show off her legs, which were apparently quite good. It was the Duke of Buckingham who allegedly introduced the King to Nell, looking for a way to supplant his cousin, Barbara Palmer, as the King's mistress. Apparently Nell asked for 500 pounds initially which was considered too much, so Buckingham went to plan B, which was the actress Moll Davis. Whatever the story, by 1688, Nell was the King's mistress. Since she'd been the mistress of both Charles Hart and Charles Sackville, she jokingly titled the King "her Charles the Third".

Unlike his other long-term mistresses Barbara Palmer and Louise Keroualle, Nell never received a title of her own, although her oldest son Charles was made first Earl of Burford and then Duke of St. Alban's with an allowance of 1,000 pounds a year. Her younger son James died while in school in Paris in 1681. In 1671, she had a house of her own at 79 Pall Mall, however the house was the property of the crown.  It wasn't until 1676, that the freehold of the house and land were given to Nell.  The King also gave her Burford House in Windsor, where she lived whenever the King was at Windsor Castle. She also had a summer residence near the area that was known as Bagnigge Wells Spa. In 1685, King Charles died. His dying wish was that, "Let not poor Nelly starve." The new King, James II, paid Nell's debts off and gave her a pension of 1,500 pounds a year. Nell only lived two more years. She had a stroke in 1687, at the rather young age of 37, which left her paralyzed on one side. She soon suffered another stroke, and finally passed away on November 14, 1687.

Nell has long been a popular subject for novelists because of her rags to riches story. In honor of her birthday, I thought I would highlight a few of the most recent novels and biographies. 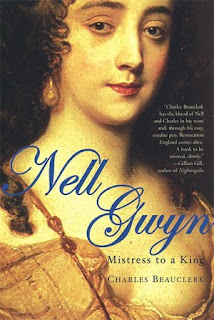 This biography was written by Charles Beauclerk, the Earl of Burford, who is a direct descendant of Nell. I haven't read it, but it's supposed to be very good.

This novel by Priya Parmar really focuses on Nell's early years and her career as an actress. Filled with juicy backstage gossip, I highly recommend it.

The Darling Strumpet, by Gillian Bagwell. I had the privilege of getting to hear Gillian read one of the naughtier scenes from this book last year at the Historical Novel Society conference.

Another excellent novel about Nell by Susan Holloway Scott, a frequent guest here on the blog. 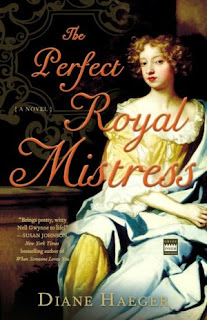 Elizabeth Kerri Mahon said…
I think that I read it when it first came out, but I read over 100 books a year, so I might not have. I do know that I read Diane Haeger's book about Diane de Poitiers. I hope you pick up some of the other books on Nell Gwyn, they are really good.
February 2, 2012 at 3:53 PM

Carrie at In the Hammock Blog said…
I loved Exit the Actress!! She really portrayed Nell in a positive light.
February 2, 2012 at 9:01 PM

Marg said…
Totally enjoyed the Susan Holloway Scott telling of Nell's story, but then again I did like all of her takes on the ladies in Charles II life!
February 5, 2012 at 10:13 PM