January Books of the Month: Searching for Beauty & Queen Elizabeth in the Garden 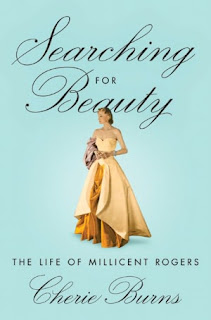 Since it's a brand new year, we have 2 books of the month, instead of one.  The first book is Searching for Beauty: The life of Millicent Rogers by Cherie Burns. I'd read about Millicent Rogers before in a book on fashion but I knew very little about her as a person.

From the back cover:  A fascinating portrait of the Standard Oil heirerss and legendary American trendsetter Millicent Rogers. Nobody knew how to live the high life like Millicent Rogers. Born into luxury, she lived in a whirl of beautiful homes, European vacations, exquisite clothing and handsome men. In Searching for Beauty, Cherie Burns chronicles Rogers's glittering life from her days as a young girl afflicted with rheumatic fever to her debutante debut and her Taos finale. A rebellious icon of the age, she eloped with a penniless baron, danced tangos in European nightclubs, divorced, remarried and romanced, among others, Clark Gable. Her romantic conquests, though, paled in comparison to her triumph in the fashion world where she electrified the fashionistas by becoming the muse to designer Charles James, appearing in Vogue and Harper's Bazaar and - at the end of her life - retreating to Taos, New Mexico where she popularized Southwestern style. With Searching for Beauty, Millicent Rogers enters the pantheon of great American women who, like Diana Vreeland and Babe Paley, put their distinctive stamp on American Style.

And now for something completely different, a book about Queen Elizabeth I, and gardens.  I admit to suffering from Tudor overload, it seems like not a day goes by without someone publishing a book set in either the Court of Henry VIII or Elizabeth (not many people seem interested in setting a book during Mary's reign!).  This one is different, dealing with the Queen's love of gardens, and the two of the most influential men in her life, Robert Dudley and William Cecil.  The author, Trea Martyn, has a PhD in 18th-century literature at University College London and she lectures widely on garden history. 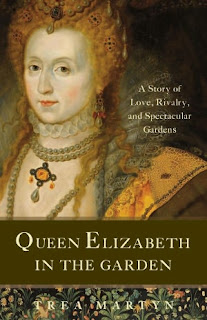 Overview:  Taking a fresh and original approach to the life and reign of Queen Elizabeth I, this book tells the incredible story of her great passion for gardens, and how the two most powerful men in England during her reign fought a decade-long duel for their queen's affections by creating lavish gardens for her. It chronicles how, in their quest to woo the queen and outdo each other, Robert Dudley, Earl of Leicester, and William Cecil, Baron of Burghley, competed for Elizabeth’s favor by laying out innovative and extravagant pleasure grounds at their palaces for when she came to visit. As she played one off against the other, they created gorgeous palaces and landscapes that amazed the world. The book also describes how others in England and abroad followed Dudley’s and Cecil’s leads and how the queen’s love of plants made gardeners of courtiers, statesmen, and soldiers. This meticulously researched account reveals how Elizabeth’s enthusiasm for horticulture changed the world, encouraging gardeners and designers to create landscapes inspired by the spirit of the Elizabethan garden.

There you have it, 2 different books about 2 very different women.  Enjoy!
Millicent Rogers Queen Elizabeth I