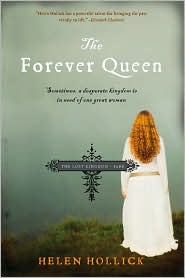 Saxon England, 1002. Not only is Æthelred a failure as King, but his young bride, Emma of Normandy, soon discovers he is even worse as a husband. When the Danish Vikings, led by Swein Forkbeard and his son, Cnut, cause a maelstrom of chaos, Emma, as Queen, must take control if the Kingdom-and her crown-are to be salvaged. Smarter than history remembers, and stronger than the foreign invaders who threaten England's shores, Emma risks everything on a gamble that could either fulfill her ambitions and dreams or destroy her completely. Emma, the Queen of Saxon England, comes to life through the exquisite writing of Helen Hollick, who shows in this epic tale how one of the most compelling and vivid heroines in English history stood tall through a turbulent fifty-year reign of proud determination, tragic despair, and triumph over treachery.


My thoughts:  I had planned on posting this review in November but I got way behind with looking over my page proofs and a whole host of other obligations, including working on another book proposal and trying to find a day job. Proposal is done, but the day job is proving elusive. I had started reading the novel as soon as I received it from Sourcebooks but I had to keep putting it down.  Once I finally did sit down and start reading it, I was fascinated.

Quick confession:  I'm not a bigger reader of Medieval or Dark Age novels. I much prefer the Tudor and Victorian eras.  However, having said that I really enjoyed THE FOREVER QUEEN.  At first, I found it confusing, it seems like everyone in Saxon England had the same five names, many of which started with AE, so I needed a scorecard at times to keep track of who was who.  I wish that the author or Sourcebooks had put a character list at the beginning of the book so that readers could refer to it.  I was aware slightly before I read the book of who Emma was, that she was the only woman in English history to be married to two Kings, but I didn't know much more than that.

Emma arrives in England as a thirteen year old bride, not speaking the language, to marry a much older man Aethelred who is 34.  From the beginning, she figures out that her husband is a weak, ineffectual king with a mean streak.  Frankly he's a bully.  She is suspicious of the women who surround her as her ladies, and rightly fully so.  She soon jettisons the shyness and tentativeness of her early days and starts to show that she is a stonger, more politically shrewd ruler than her husband,which doesn't go down very well.  Like most bullies, Aethelred hates to admit that he is wrong, or to take advice from those he perceives are much smarter than he is.  He treats Emma appallingly, and in response Emma is unable to bond with the children that she bears by him, among them the future Edward the Confessor.  Aethelred's children by his common-law wife are a threat not just to her children but also to their father.  Emma is probably one of the most complex female characters I have come across in historical fiction in years, she strong, feisty, vulnerable, smug, she has no qualms about saying 'I told you so,' loyal, honorable but she also has incredible flaws including her dislike of her older children.  I don't include her daughter Goda in this.  Hollick explains how Emma tries not to bond with her daughter because she knows that she will be married off at a young age and probably to a foreign husband.

I found the politics of Saxon England to be intriguing and complex.  It made me wish that I had paid attention more in class during history instead of sleeping through it until we got to the Plantagenets.  Reading this book
gave me a new appreciation for English history.  Hollick knows her stuff and she's an excellent writer, able to create prose pictures that stay with you after the book is done.  It's clear from her depiction of him why Aethelred was called the unready.  He's appalling, and I was ready :) for him to off the scene and for Cnut to come.  For me that's where the book really started to take off.  Cnut is the opposite of Aethelred, not only a strong warrior, and an able King, but a man who is able to appreciate Emma's gifts.  A marriage that started off as a political alliance becomes a love match in the end.

The book clocks in at a whopping 650 pages and no page is wasted. Hollick is not afraid to depict how brutual Saxon England was, where people didn't live very long, and people just got on with their lives rather quickly. The book is told from multiple viewpoints, whcih is my only quibble. I enjoyed Emma so much that I kind of resented when the story moved away from her and we were in the heads of some of the minor characters like her sons Alfred and Harthacnut.  This is the first book that I've read by Hollick and it won't be my last.  I definitely want to read the last book in the trilogy and also her trilogy about Arthur.

Verdict:  If you are a fan of Elizabeth Chadwick or Sharon Kay Penman, then I urge you to pick up THE FOREVER QUEEN.  You won't be sorry.
Cnut Emma of Normandy Helen Hollick Saxon England

dave hambidge said…
Hi ma'am; your point about a seperate list of character names is well made. I find it useful to have 2 such lists, those known to history with links to helpful websites and then those fictitious only. Perhaps this only works with e-publishing?

Elizabeth Kerri Mahon said…
There is a helpful chart in the beginning that tells you how to pronounce the names which was extremely helpful, but a character list would have been fabulous. Particularly since more than one person is named Leofric in the book as well as Aelgifu.
December 3, 2010 at 11:58 AM