Talia Weisberg on Ruth Handler and her creation Barbie 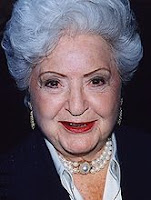 Approximately one billion Barbie dolls have been sold, with two coming off shelves every second. Ninety percent of girls from ages 3-10 own at least one Barbie doll. Some people find these statistics disturbing; groups like NOW and AAUW have objected to Barbie’s stereotypical image of girls. However, Barbie is so much more than a busty blonde. As a positive role model for girls, the Barbie doll impacted girls’ views of a woman’s role and career opportunities.

Barbie has her roots in a strong woman: Ruth Handler. Handler was the tenth child of her already elderly mother and was raised by her oldest sister, Sarah. “Sarah…held things together, made the decisions, took care of the money…that’s why I never thought it strange for a woman to take the business lead in a marriage,” Handler once said. Taking after her business-savvy sister, Handler, along with her husband Elliot, cofounded Mattel, a plastics company, in 1944. They soon began manufacturing toys, becoming exponentially successful throughout the late 1940s and 1950s. 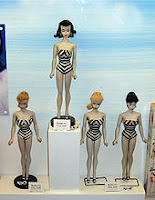 Handler observed her daughter, Barbara, and her friends projecting their dreams onto paper dolls, as only baby dolls were on the market at that time. Handler wanted to create a three-dimensional, adult-bodied doll for them. The designers at Mattel told Handler it was impossible. Soon after, Handler vacationed in Switzerland, where she found a doll that looked exactly as she imagined. The doll was the Bild-Lilli, based on a character in an adult German comic strip, intended as a three-dimensional pinup for men. The Bild-Lilli’s background didn’t matter to Handler; all she cared about was that the doll she had in mind was possible.

After years of shaping the Bild-Lilli into an all-American girl, Handler’s dream doll became a reality. Barbie was introduced on March 9, 1959 at the American Toy Fair in New York City. Buyers at the Toy Fair were unenthusiastic about Barbie, since they felt she had overt sex appeal and were afraid that mothers wouldn’t buy such an anatomically correct doll. While toy buyers’ reactions to Barbie were lukewarm, girls’ reactions were not. Once advertisements for Barbie aired on television, she flew off of store shelves. Store managers who had initially been reluctant to stock the doll were now ordering her in droves. Barbie became a hit almost overnight.

While the Barbie doll reflected Ruth Handler’s position as an empowered woman, most women lacked this status. After suffrage was granted, the women’s rights movement was still alive, but diminished and vilified. Most women didn’t even feel there was a purpose to a women’s rights movement; the most important right, the one to vote, had already been won. During the 1920s and 30s, women began trickling into the workforce. As a result, the media created the image of a spirited career girl in the 1930s and 40s. During World War II, women took the jobs of men who were overseas. Because of the war and the responsibilities it brought at home, women were more liberated than they ever had been before. However, once the men returned home, women were forced to quit to make jobs available for them, and they lost their fledgling power. Men began reshaping the country in the image they had craved during the war, a cozy domestic life. Thus, the idea that women should be housewives and mothers, and men the breadwinners, was created.
Women had no choice but to knuckle under to their renewed disenfranchised state. Few women pursued a career because the media inundated them with a housewife-mother image of perfection, the idea that housewives were the epitome of femininity, the highest thing a woman could aspire to. Women’s magazines, formerly advancing the idea of a career-minded woman, now advocated a housewife-mother protagonist. Many women who became housewives were highly educated, and doing housework was not challenging enough for these women.

Soon these women became bored of their monotonous lifestyles and began to scandalize. Second-Wave Feminism was born. Thousands of women, from hardcore feminists to rebellious housewives, impacted Second-Wave Feminism. Barbie can be counted among those women. While activists fought for women to have the opportunity to become successful, high-powered executives, Barbie inspired little girls to take advantage of these newly acquired opportunities. The first Barbie commercial even states, “Someday I’m gonna be exactly like you…Barbie…I’ll make believe that I am you.” Girls began viewing their dolls as themselves and not as their babies, wanting to become the powerful women their dolls portrayed. As a result, girls who played with Barbie used her as a role model and aspired to the careers she portrayed.
Barbie’s first career was Teenage Fashion Model, released at her introduction on March 9, 1959. She represented a female teenager who was self-sufficient and independent. Wearing a revealing black and white striped bathing suit, this Barbie fostered the idea that it is acceptable for girls to be autonomous and unashamed of their bodies.

The next Barbie profession was the 1960 Fashion Editor. This was an atypical career for women at the time. Very few women held high level positions in magazines; most were relegated to the research department. Even at the Ladies’ Home Journal, there was only one female senior editor: few women editors were in the women’s magazine world. The Fashion Editor Barbie encouraged girls to climb the ranks, whether in the magazine industry or any other occupation.

Graduation Barbie was released in 1963. While more women entered college in the 1950s, two-thirds of them dropped out before they finished, and those who did graduate rarely made use of their education. College was looked upon as something for women to do before they got married, not something that could lead into a profession. Graduation Barbie encouraged girls not only to attend university but to graduate and utilize their education. The Career Girl Barbie, a doll that utilized her education, was released the same year. In The Feminine Mystique, published that year, Betty Friedan discussed the negative national feelings against women in the workforce, stating that “‘career woman’ has become a dirty word”. Despite the mindset of the country, Mattel released the Career Girl Barbie. She proved to girls that they could be like Barbie, an all-American girl who nonetheless is motivated to pursue a career.

Astronaut Barbie, released in 1965, predated Neil Armstrong’s sojourn to the moon by four years. She was the only American woman in space in the 1960s. However, she was not the only female with outer space in mind; the Mercury 13 was a group of women who qualified to become astronauts but were rejected because of their sex. Astronaut Barbie showed girls that they could shoot for the stars, figuratively and literally.
The Barbie doll subconsciously opened girls’ minds to the possibility of pursuing a higher education and going into high-powered professions. While feminists of the 1960s fought for women’s right to equality, the Barbie doll motivated girls to emulate her autonomy and capability and take advantage of the rights they now had. By opening a Barbie box, girls were able to escape the restrictive box of conventional femininity.
Barbie Ruth Handler

Celticlady's Reviews said…
I had the very first Barbie, i remember the striped swimsuit and short hair...great post, and a great walk down memory lane...
June 26, 2010 at 12:04 AM

Elizabeth Kerri Mahon said…
I still love Barbie but now I want the designer Barbies, particularly the Marie Antoinette Barbie.
June 26, 2010 at 11:46 AM