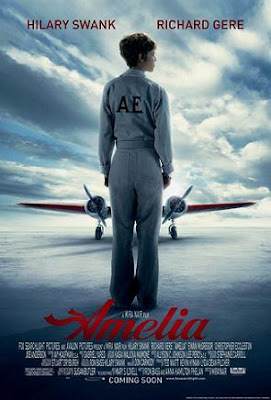 This fall is shaping up to be a great time for Scandalous Women in movies. Not only is there a new biopic of Chanel starring Audrey Tautou, which I alerted readers to last month, but on September 19th, Lifetime will be premiering a tv-film about painter Georgia O'Keefe.


The production was announced in TV Guide last November that "Oscar nominee Joan Allen and Oscar winner Jeremy Irons will star in a Lifetime biopic about the late artist Georgia O'Keeffe, with Bob Balaban set to direct. Allen also will take on executive producer duties for the first time, alongside City Entertainment's Joshua D. Maurer and Alixandre Witlin, says The Hollywood Reporter."

Georgia will follow the turbulent 20-year love affair between the celebrated artist (Allen) and photographer Alfred Steiglitz (Irons). The movie, was written by Pulitzer Prize winner Michael Cristofer. Lifetime executive vice president Helen Verno says that the movie will "speak to viewers who are inspired by her love affair with Alfred Steiglitz and the extraordinary work they created during the many years of their relationship." You can watch the trailer here.

I will post my review of the film after it airs. The Whitney Museum in NY is also mounting a major retrospective of her work this fall.

The other new film is Amelia starring Hilary Swank as Amelia Earhart and Richard Gere as her husband G.P. Putnam. I'm really looking foward to this movie even though I can't stand Hilary Swank. If you haven't already seen the trailer for the film, you can watch it here.
Amelia Earhart Gabrielle 'Coco' Chanel Georgia O'Keefe

robin said…
I am also very excite about the Amelia movie- I have long admired Amelia E. I hope the film sticks to history and doesn't veer off too much (a pet peeve of mine- I still won't let me kids watch Disneys Pocahontis!)
September 10, 2009 at 2:17 PM

Kaisa Kyläkoski said…
"Not only is there a new biopic of Chanel starring Audrey Tautou," ... but also the film Coco Chanel & Igor Stravinsky starring Mads Mikkelsen, Anna Mouglalis, Anatole Taubman and Yelena Morozova. (http://www.imdb.com/title/tt1023441/) Appareantly not distributed in US.
September 11, 2009 at 12:08 AM

Elizabeth Kerri Mahon said…
I completely forgot about that one. I was jus reading about Chanel and Stravinsky for the blog. I'm wondering why it is not going to be distributed in the States? I only think it is because there is no one recognizable in it apart from Mads Mikkelsen.
September 11, 2009 at 5:27 PM