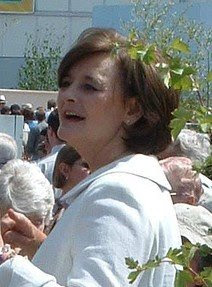 Lucy said…
Thanks for this review:) I didn't know much about the lady...and yes, I know ezxactly what you mean about the pictures of her...not exactly flattering. The Media can be cruel. The book sounds like it was detailed enough to give a very realistic picture of this First Lady. Great:)
June 19, 2009 at 6:53 PM

I recently received the Superior Scribbler Award for my blog and I, in turn, get to award it to five discerning bloggers. You are one of the five I've chosen.

Elizabeth Kerri Mahon said…
Thank you so much Gina. And Lucy, the book is really interesting. I had to watch The Queen again after I read it.
June 24, 2009 at 11:16 AM