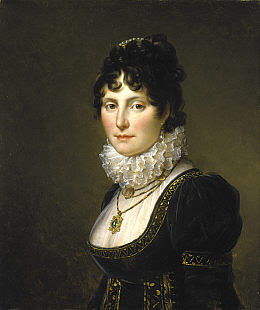 I was in Philadelphia a few weeks ago when I had that moment that most book lovers hate, the one where you have finished a book, and you don't have another one on deck. Fortunately I was only a few blocks away from Borders, where I picked up a copy of Stealing Athena by Karen Essex. I had wanted to read this book when it first came out but as my TBR pile keeps growing until it's almost as tall as me, the thought had languished. Thank god I had nothing to read so that I could finally get my hands on this wonderful novel.

Stealing Athena is the story of two women seperated by thousands of years, Mary, Countess of Elgin and Aspasia, the mistress of Perikles, and the monument that unites them, the Parthenon in Athens. When we first meet Mary, she is 21 and a newlywed, on her way to Constantinople as her husband has just been appointed Ambassador to the Ottoman Empire. Mary is pregnant for the first time, alternatively excited and frightened at the adventure of a lifetime. She becomes a great favorite not only of the Capitan Pasha but also the Sultan. Mary uses her influence to help her husband obtain what we now know as the Elgin Marbles. At first the plan was just that the artisans would draw and take molds of the treasures in Athens, but soon the plan expands to actually removing as much of the ruins as possible to Britain. Bruce defends his actions by claiming that if they were left they would only be used as building materials by the Turks or carried off by the French. He is doing Britain a great service.

The action then moves back in time to around 500 BC when Perikles is the leader in Athens. Aspasia's brother-in-law basically gives her to Perikles as his concubine. Aspasia and Perikles enter into a tentative relationship. Aspasia has ambitions to be a philosopher and Perikles encourages her to continue. Soon she is giving relationship advice to the men of Athens and acquiring powerful enemies who seeks to get rid of not only her but Perikles as well. The building of the Parthenon becomes a bone of contention between Perikles and his enemies. Aspasia becomes good friends with the architect Pheidias as well as one of his apprentices Sokrates.

As the years pass, Elgin's obsession with the Parthenon grows. He goes into debt and expects Mary, who is the richest heiress in Scotland to continually foot the bill for his obsession. Mary realizes that Elgin sees removing the marbles as his way to immortality, but she wonders at what cost?

Essex does a remarkable job at constrasting the two women and the times that they live in. Both live in eras where women are second class citizens, which Mary learns to her detriment when her husband takes the momentous step of divorcing her after their return to Scotland. Aspasia must face her enemies when she is put on trial for blaspheming against the goddess Athena and for trying to turn the good wives of Athens into prostitutes, charges for which she is blameless. However, while Perikles is supportive of Aspasia and defends her at her trial, Elgin turns against Mary as his life begins to spin out of control.

The reader's sympathy is with Mary as she struggles to control her husband's debts, using her charm and vivacity to try and get him released from prison after he is arrested by Napoleon when Britain and France are back at war. While one feels for Elgin because of the torture that he must endure, his arrogance once he is released and the way he treats Mary make it hard to feel too sorry for him.

Mary and Elgin's story is how a marriage can unravel when ambition and obsession come between two people. Elgin is willing to bankrupt Mary in order to get what he wants, a harsh realization for Mary to come to terms with. She had always suspected that Elgin had married her for her money but his actions during the divorce trial make it quite clear. Mary comes into her own as a woman during her marriage to Elgin. She has experiences that no western woman can lay claim too, seeing inside the walls of the seraglio in Constantinople, the world of the harem.

There is a poignant point in the story where Mary constrasts the lack of freedom the women in the harem have with her own life, only to discover that she has less freedom than she had supposed. When Mary is in Paris, heavily pregnant trying to affect Elgin's release, gossip is spread about her, that she is having too good a time in Paris. The gossip reaches her parents and Elgin's mother-in-law, and they chastize her. Mary can't believe that her parents, especially, would be so willing to believe gossip about her. While in Paris, she begins to lean heavily on an old friend of her husband's, Robert Ferguson who falls deeply in love with her.

Mary Elgin has five children in six years, her second son William dies when he is a year old. Worn out and in pain from childbirth, Mary determines that she will have no more children, and begs her husband to consider birth control. When he refuses, she decides that they will no longer have relations. As far as Elgin is concerned, sex is not just for pleasure but also for procreation. He needs more than one heir to his title and Mary's vast fortune. Mary's decision to try and control her reproductive organs causes her husband to sue for divorce, rather than come to some sort of compromise, and pushes her into the arms of Robert Ferguson.

Essex does a magnificent job of detailing the lush world of the Ottoman Empire with the world of Perikle's Athens. For me, however, I found Mary Elgin's story much more compelling then Aspasia's. Perhaps because there is simply more information about Mary Elgin's life than Aspasia's. Mary left behind letters and diaries that give the reader a wonderful glimpse into who she really was. Aspasia, however, remains much more of a cipher.

dave hambidge said…
I am guilty!!

I forgot to let you know in advance that I included this blog in an e-booklet on blogging for newbies that I have posted on line to accompany an interview I did for BBC Radio Stoke yesterday.

To see the booklet, go to;

Judy said…
I am enjoying it. I loved the introduction of Lady Hamilton doing her "Attitudes" performance for guests.
May 26, 2009 at 10:44 PM

Judy said…
I have now finished this and would HIGHLY recommend it. I thought it rose above some of the historical fiction I have read lately.
June 7, 2009 at 8:49 AM